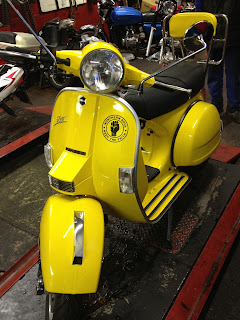 Championship survival this season for Charlton is heavily dependent on results away from The Valley. Fortunately this week we've had two welcomed away days and the chance to put some more, much needed, points on the board.

Peterborough and Huddersfield have entertained the Addicks over the past six days, two sides that were heavily fancied to struggle at the beginning of the season. Sure enough, both are finding life tough although they do have a habit of getting a result when least expected. If we were to fail on both these occasions we too could be hovering in the vicinity of the divisions trap door. So tight is this league that two wins and a draw separate a relegation place from the top half of the table.

The game at Peterborough on Tuesday evening started as I feared with Charlton falling behind but the Addicks battled well scoring twice before the Posh pulled level for an entertaining game to finish 2-2. Forty four on the board, already good enough to survive on four of the previous eight seasons.

Yesterday we went to Huddersfield who with ten men had snatched a point off us back in November at The Valley, then had the audacity to dump us out of the FA Cup at the third round stage. Some revenge was needed.

On a pitch that Charlton should be used to, it looked as rough as our own, (although our game is of course much better played on a decent playing surface) the visitors took a rather out of character early lead. Callum Harriott had earned himself a second successive start after a good showing at London Road midweek, at three minutes past three on Saturday he had repaid Chris Powell's faith in him tenfold. Chris Solly rolled the ball his way and the nineteen year old struck the ball sweetly finding a gap between the post and the keeper with inch perfect precision.

It's certainly a rarity for Charlton to score the first goal of the afternoon in their division. I'd be interested, if any of you can help, to know the odds they normally offer for such an occurrence.

Huddersfield went on to have more shots, more corners and more of the possession as you'd expect for a home side but Charlton dug deep and as Chris Powell said afterwards, "the defenders and the goalkeeper showed a strong desire to keep the ball out of the net!" Another gritty performance on the road and another three points, that's forty seven. Only three sides in the last eight seasons have got relegated with that number of points, we still have nine games left which equates to a possible twenty seven points. I think we've at least two wins left in us, that's enough to ensure safety. Perhaps now we can relax as supporters and enjoy the run in without worrying what's happening below us.

That said, Millwall and Bolton now come to SE7 for two home fixtures, we could enter April still on forty seven points. I'm renewing my season ticket this week, next season's has surely got to prove to be more value for money than this one hasn't it?

Whilst we're on the subject of safety, I've had a rather busy week. On Monday I sold my 1400cc Suzuki motorbike which was capable of 150mph, and then on Tuesday bought a scooter more suited to speeds of around 50mph. Not only is it slower, it's also bright yellow and therefore hard for even the most blinkered of car drivers to miss.

Safer and slower, am I getting old? No, I don't think so, just cooler! And it goes without saying, every scooter needs a personal touch........... 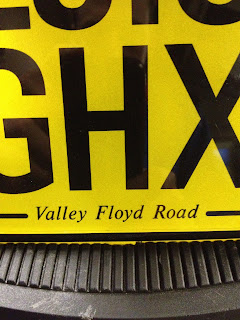 Posted by algordon_cafc at 8:05 PM