A load of Belgian waffle. 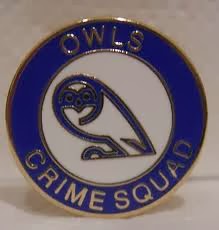 Football as a sport is built on defining landmark moments. An FA Cup final in the blazing sunshine of May, a Tuesday night trip to Plymouth in the freezing January rain, a hectic Christmas festive football frenzy marking the halfway stage of the season watched by grown men in club colour-matched Santa hats. These different junctures of the campaign all contrive equally to delight us with a hobby and lifestyle we couldn't replicate elsewhere, even if the actual game play so frequently disappoints.

It's a long time since I've managed to complete a whole Christmas fixture list, family commitments (read 'a wife that would never forgive me') taking precedence over a Boxing Day jaunt to SE7. This year, as has become the norm, was spent with family in Tunbridge Wells, Rusthall to be exact. A village to the west of the town immune to mobile phone signals and hosting frustratingly sporadic internet connections. A refreshing break from social media therefore opened out far more traditional Christmas entertainment, but it was a good twenty four hours after the final whistle before I managed to read of Lawrie Wilson's brace and the enthralling team effort to go with it that saw off Brighton & Hove Albion.

If I couldn't attend Boxing Day, there wasn't a cat in Hell's chance I was going to miss The Valley's second festive fixture, this time against a rather large club from Yorkshire. Christmas is renowned for throwing the simplest of travel plans into chaos, never more so than this year with abnormal weather and huge Southern Railway maintenance plans. Every football supporter dreads the words 'rail replacement bus' yet despite their efforts to the contrary, I still arrived at the Richard The First in Greenwich in plenty of time for a few pre match ales.A good job too, I was in danger of sobering up for the first time in four days.

Chris Solly had returned for the Boxing Day fixture, but a heavy pitch had obviously taken it's toll on the full back as he was missing for the visit of Sheffield Wednesday three days later. Rhoys Wiggins was also absent but this due to the birth of his first child. Could the momentum of Brighton be carried over to this mid season relegation heavyweight six-pointer clash with such disruption to the team? Perhaps a far bigger question, could an area of grass that you wouldn't want to walk a dog on host a Championship football match?

During my break from the online world I had missed the news of Belgian businessman Roland Duchâtelet and his intentions to buy the club. As tempting as it would be to immediately have the finest Belgian blonde and wheat beers pumping through the North Upper concourse, the first job after tying down the staff with new contracts for any prospective buyer has to be investment in the playing surface. Quite frankly that pitch is shocking and an embarrassment to the Championship, a statement that could also be used for match officials but more on that later. If it isn't puddles of water stopping a pass reaching it's recipient, it's the mud. Yes, I agree they used to play top flight football in these conditions in 1974 but that was forty years ago. The way the game is played has changed since then, technology has moved on, even if the weather hasn't. I find it very difficult to believe this day and age that professional people keeping a professional football can struggle so much. If the kit man were equally poor with his results would the club happily send the players out in pink shorts after the red in the shirts had run?

So could such a surface host a football match? Just. The first half was dreadful, as dire a forty five minutes as you'll see all season but Dale Stephens would turn on a little style to surprise us all just after the restart. Collecting the ball directly from a Wilson throw on the edge of the box he dropped his shoulder, took it inside the defender then out-witted the oncoming keeper using the outside of his right boot. It was delectable, and as they so often say, a goal that could grace a cup final. The sort of goal Simon Church dreams of. Church, perhaps the 'unluckiest in front of goal' of a long line of Charlton front men spearheaded our campaign to not increase our lead. As we started to sit back on our lead Wednesday started firing shots vaguely goal-wards but mainly towards the corner flags. We felt deep down as we so often do that it was only a matter of time.

The table doesn't lie, these two sides are poor and that is why they find themselves consistently in the bottom six. I never like to slate the officials, it's an easy option but it is becoming harder by the match as referees and their assistants continually both falter with and show little fluidity to many match changing decisions. That said, to some extent you make your own luck in football and if you continually fail to take the chances you create and if you play half your matches in terrible conditions you won't be sitting pretty on top of the pile.

The Sheffield Wednesday equalizer certainly hinted at offside and the more you watch it the clearer it appears to the point where you wonder how anybody could have missed it in the first place, yet it's arrival was ultimately an inevitability. We defended in numbers, so much so that we seemed to get in each others way, our only option going forward was to catch them on the break. The obvious thing to do would be to bring on a centre half come very defensive midfielder and a wide man lacking in competitive practice.

Again Mr Duchâtelet, I beseech you, should you spend your pennies in this corner of London, whilst arranging an annual summer pre-season friendly at Standard Liège, could you invest in resurrecting the reserve team. An occasional Wednesday morning behind closed doors friendly is never going to be enough for the squad's fringe players to find that aggressive edge. Perhaps a short time in the 'stiffs' would also ease the likes of Solly (and all those with recurring injuries) back into the first team for a more prolonged period of time.

A dismal effort from Church at the end again begged the admission that no matter how you dress it up, we struggle to score goals. I've said this before but it seems poignant on the weekend when he found himself reaching double figures, but surely now is good time to give Michael Smith a chance providing it possible to recall him. He certainly knows where the goal is, albeit two divisions below, but regular competitive football is certainly keeping him sharper than the bench warmers above him in the current pecking order.

As much as we like to moan, it is just a matter of perspective. We are unbeaten in three and who wouldn't have taken four points from the two festive home games a week ago? So it is with this vision that I shall bode a farewell to 2013 and welcome the new year full of Belgian hope.

That's if the takeover talks don't collapse on the second of January. Happy New Year!

Posted by algordon_cafc at 7:03 PM