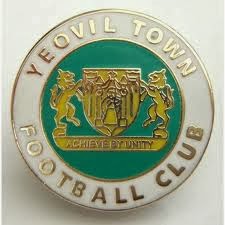 I may well be the only Charlton supporter to have come away from a match this weekend with a smile across my face. It's been an infuriating few days for the Addicks without doubt.

After a poor match against Ipswich last weekend, Chris Powell's side had two important away matches, against sides with varying fortunes yet neither a formality.

On Tuesday Simon Church returned to his former club Reading with a hope (as former players do) of haunting their previous employers and showing the home supporters exactly what they're missing. The Royals needn't have worried, he evidently left his scoring boots at home as did the rest of the squad. In Church's defence, he did have a seemingly good shout for a penalty turned down after being brought to ground minutes before the hosts scored up the other end.

It proved to be too little, Charlton rallied and pressured for the last twenty minutes or so as they consistently seem to, yet the final penetration (again regularly) eluded them. Reading's unbeaten home form remained intact even though they failed to impress, a similar scenario to QPR. These relegated sides from the Premier League either don't seem capable or don't deem it necessary to produce anything more than the bare minimum required to see off their visitors from SE7.

So after the win against Doncaster, Charlton once again found themselves just above the drop zone and facing what was a pre-Christmas six pointer at Huish Park. Yeovil Town would be going into this match in the form of their lives beating both Watford and Blackpool in their last two outings; what back in July would have seemed a certain three points was now looking a formidable task. If our goal shy strike force were to forget those boots again we would certainly require some assistance from the ranks behind them.

Fortunately for Charlton our midfield had been briefed. Cameron Stewart, a future Premier League starlet, wasn't afraid to run at his opponent and scored our first goal in just over four hours of football with a spectacular effort having collected the ball in his own half. Skipper Johnnie Jackson made it two just before the interval settling Charlton hearts down to an unorthodox relaxed pace. I caught news of this at a clubhouse bar many miles from the West Country but my half time pint slipped down much the easier for it.

The second half had a crazy five minute spell when Charlton snatched our content and expansive temperaments back, screwed them up, jumped up and down on them before tossing them into Armitage Shanks and flushing. Yeovil of course had a part to play but, seriously, how could you do this to us Charlton?

A Yeovil ball into the box, seemingly harmless, caught Michael Morrison on the arm and the centre half beat his own goalkeeper. This was unfortunate, Andy Hughes bullying their player off the ball and conceding a penalty four minutes later was just careless. A 2-0 lead wiped away in an instant but worse was still to come. Johnnie Jackson lunged into a tackle in the middle of the park and, having watched it three or four times now, deservedly received a straight red. From being comfortable and in control Charlton had managed to gift the home side a point and had to cling on by their fingernails in the final minutes as to not lose the one they still possessed.

The immediate future doesn't look too good for Chris Powell, high flying Derby visit next and they really do seem to be the divisions on form club at the moment. When you genuinely need a break of some sort, the fixture list always has a habit of 'putting the boot in'.

So why was I still smiling at five o'clock Saturday afternoon. Well I'd decided to catch some level nine football and joined about thirty other hardened folk to watch Horley Town entertain Mole Valley SCR in the Combined Counties League. Horley, my local side find themselves in a similar precarious position in their division as Charlton do in theirs; three points equally as vital for The Clarets as they were for The Addicks.

Mole Valley SCR come from Cobham but originate from Carshalton, the SCR standing for Sutton Common Road. In Carshalton they were known simply as SCR followed by the name Plough or Grapes depending on which public house was sponsoring them. When they started playing Saturday football it changed to simply SCR for they wanted to lose the pub team identity. Yesterday they took to the pitch in a rather fetching pink and purple number which was set off by the pleasing admission of any sponsors name. Unfortunately for them though it gave them a park team look.

Horley, under the caretaker leadership of club legend Anthony Jupp, were soon behind, the visitors running through a sleepy home rear guard in the second minute to score. Ten minutes into the match and Horley led 2-1, their number 10 showing great composure as twice he slotted he ball home; I felt a goal fest was on the cards as I hugged my Bovril.

Horley battled well, their work rate was superb, but tempers started to flair as the game progressed. With every Town attack, the Mole Valley manager took a step nearer an early grave. As animated and vocal as any boss I've ever witnessed we cruelly 'joked' about running a book as to which minute he'd suffer a coronary.

Horley eventually ran out 3-2 winners although they missed a couple of real chances to put the game to bed late on. It was however a vast improvement to the performances I'd previously witnessed there this season, unlike Charlton goals are never hard to come by at this level - at either end!

One thing that always cheers me watching Horley is the ability to hear every word uttered on the pitch. As a Horley midfielder was upended upon entering the opposition's half the referee gave the correct decision and awarded a free kick. The lad picking himself up off the ground shouted out to the official "In all honesty ref I think I'd have gone on to score there" as a ripple of laughter echoed not only on the terrace but on the field of play too.

The referee had a good game, his use of the advantage rule led to Horley's third goal and certainly showed up the decision by a certain man in black a week ago at The Valley. Chatting to a chap with a clipboard next to me, I discovered this gent was also a referee and was this young lads mentor making notes on his performance. When was the last time you went to a game and got such an in depth discussion on the match officials performance? I didn't dare admit to this chap what I've told some of those officials to go and do in the past.

So I left The New Defence having seen a team perform when they really needed to, hard graft that paid dividends, wasn't always pretty but was exactly what the boss demanded. It may well be a long hard season for the team but nobody could ask any more from them; and they can proudly tell their colleagues the same on Monday when they return to their day jobs. Whilst they're doing that hopefully Chris Powell is putting his strikers on a regime of shooting practice.