You only sing when you're ploughing. 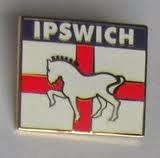 Is there a true, honest to God, football fan that truthfully begrudges losing to a better team? At QPR last Saturday the home teams quality shone though even though they had a (relatively) off day and yet they still picked up the three points. We battled, gave it our all, but still left with nothing to show for our endeavors. Were we bitter? Of course not, we had our pride intact and lost to a team whose salary reflected their ability. So seven days later that pride and belief, which had already been showcased in a tip-top performance against Doncaster on Tuesday, would again come to the fore and we would rejoice in a much needed second successive home win.

Trouble is, it didn't really go according to plan. Nobody could question Chris Powell in fielding the same eleven that ripped Doncaster to shreds midweek, and perhaps you could even argue that lady luck didn't really shine her torch on us today, but nothing hides the fact that for the first five minutes this afternoon we were still mentally in the dressing room.

Even before Ipswich got their goal Ben Alnwick was called into producing two good stops. I even said to those around me that it was probably good for the keeper to be called into duty early before he possibly had the chance to be a touch complacent.

It was to be the only goal, but my gripe is at the fact that Ipswich were never really in the game after that. We certainly didn't lose to the better team, maybe just the braver one.

Our ball into the final third of the pitch was always delayed, players looking for the safe option rather than taking a more direct approach. I can't quite remember seeing quite so much head tennis in the middle of the park, never resulting in Charlton gaining any ground. There was even occasion in the second half when we broke away with seemingly menace only for this attack to result in a sideways pass between our two centre halves less than twenty seconds later!

Ipswich had done their homework well, Jordan Cousins, for example, when receiving the ball on the edge of the box always had two blue shirts on him before he had a chance to swing his leg. The two visiting centre backs kept Church in their pockets whilst dishing Yann Kermorgant a rather tough lesson under the watchful eye of a (rare these days) card shy referee.

Charlton wasted move after move, it was only Rhoys Wiggins that nearly came close at the end of the first half when the keeper struggled to deal with a shot at his near post and nearly claimed an own goal. Danny Green looked lively replacing Jackson, he reminded me a little of Scott Wagstaff last season who needed to shine when the chance came his way. Pigott replaced Church with no real effect, I do wonder why this young lad is not on loan to gain experience and is instead ahead of Michael Smith in our front line pecking order. There was even another cameo for Marvin Sodall although for what good is anybody's guess.

Conceivably one of our clearest opportunities came near the death as Cameron Stewart received the ball via a diagonal cross from Cousins after Kermorgant was cynically hacked down in the centre circle. With only the keeper to beat the referee blew the whistle for the foul on Kermorgant bringing play back to the centre of the pitch. An unbelievably late call, what part of the word advantage he doesn't understand is beyond reason, if I believed that match fixing still occurred these days I'd suspect Ipswich of sweetening this ref with a box of organic home grown root vegetables prior to kick off.

The resulting free kick obviously failed to recreate any chance we may have had and only succeeded in infuriating an already tense situation into a complete free for all. As the players all 'bundled in' the referee should have stepped back and admitted to himself that the blame for these fisticuffs lay solely at his feet.

After the game in West London I predicted we would destroy Doncaster before returning to 'normal service' today. Unfortunately I was proved right, we were over ninety minutes perhaps the slightly better of the two sides yet we never looked like we wanted to be, or more appropriately, believed we should be.

I shall however finish on a positive. Ben Alnwick has been superb for these past two matches. I sincerely hope Ben Hamer has to fight for his place in the team upon his return. If he walks straight back in it will be a travesty, although Hamer is a country boy himself so perhaps he may try the fresh vegetable trick with the gaffer.
Posted by algordon_cafc at 9:36 PM