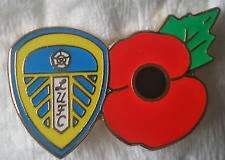 As posts for a Saturday afternoon football match go, this is pretty late. It's lateness seems rather fitting in retrospect however considering the events of yesterday.

Engineering works disrupted southbound services both in and out of London Bridge, thus resulting in ridiculous travel times and awkward routes. With an irony you just couldn't contrive, I found myself waiting for a connection at Selhurst at half past two, and this with Crystal Palace playing at home too! What a joyous place that was.

Charlton however had obviously heard of my plight and lovingly put the kick off back by half an hour to coincide with my arrival. Well both that and the inclement weather of course. After the Doncaster fiasco you'd have thought we may have invested in a tarpaulin or two for the eastern side of the pitch. With three thousand travelling supporters and the thought of the bar revenue that would generate it was obvious the club wanted the game to go ahead, but looking at it from an outsiders view it must seem laughable that a club of our side struggle to get a game on on time. Is there another professional club that has this problem?

Before you all shout about the clue being in the name and the lack of funds for water dispersing equipment, may I remind you that clubs a lot smaller than us on tighter budgets manage. Colin Powell has done the job long enough, winter has only just begun and the pitch looks worse than a park already. What on earth is it going to be like by the end of January. Perhaps Tony Jimenez ought to host a golf tournament back home in Cyprus in aid of some new turf. I'm sorry to say this but sometimes supporting Charlton is a little embarrassing. Take the minutes silence for those brave souls that defended our country yet never returned home for example.

There are times at a football match where a minutes applause is quite fitting. There are times when a minutes silence is called for though. A group of Leeds fans started applauding, I'm told to drown out a couple of idiots, but then we followed suit as we always do. Thankfully it soon died out and we finished the sixty seconds respectfully in silence.

Say what you like about Leeds United, and many have, but you cannot deny that (apart from the one or two mentioned above and a few who seem to still be stuck in the past with it's reputation of the 'Service Crew') they have a great away following. They packed the Jimmy Seed stand and had plenty to cheer as they ran out 4-2 winners. There are those that will argue they were helped to a degree by the man in the middle but, as good as Charlton were yesterday, you cannot ship four goals at home no matter what the circumstances.

It's common knowledge that Leeds are rather unpopular outside of the city itself. As a kid I rather liked them. Players like Arthur Graham, Brian Flynn, Tony Currie, Peter Lorimer, not to mention our own Paul Hart all resplendent in one of Admiral's finest kits, they had characters aplenty and we got to watch them frequently on The Big Match. I always had a soft spot for the white scarf with the blue and yellow trim too. As an eight year old the tactics hadn't really hit home, The cool badge, the recent history, they had an element of fascination in my eyes.

But that was a long time ago and I now understand a lot more the basis of the success that came to the club prior to my era. Silverware was prominent in Revie's reign but so were the underhand tactics. Brian Clough knew it and so did the rest of the country. Since then managers and players have come and gone but the mentality has remained. You wonder if they sign a special clause in their contract upon arrival at the club whilst being told of the heritage and 'Leeds way' by the chairman. I jest of course but there is no doubting the nickname 'dirty Leeds' is commonplace and therefore has to have some substance.

The number 22, Scott Wooten, felt the urge to go to ground with great regularity despite all the water and the mud. Every time he would hobble off only to sprint back on seconds later. All clubs have a player that does this but I've never seen such consistency to it before. The number 5, Jason Pearce saw the effect it was having on his teams performance and tried it for himself. The defining moment for me was when one of them hobbled off in front of the East stand and then took the resulting throw in. In goal Paddy Kenny had his own method of distraction with time wasting. It says an awful lot when the referee finally decides it warrants a booking in the 38th minute of the game. Kenny then condescendingly applauded the officials decision to book him, is that surely not a second card?

It all sounds like sour grapes but that's far from the truth. Charlton played very well coming from behind twice, the first time with a dream goal from Cameron Stewart. Simon Church came so close with a point blank header saved fantastically by Kenny (who would later pull off another fine save to deny Callum Harriott), as Charlton rallied, piling the pressure on the Leeds goal as the first period came to a close. There was a very good penalty shout as Church went sprawling but as stonewall as it looked at the time I would like to see it again. One Leeds fan tweeted me saying Ashley Young would have been proud of such theatricals.

A penalty was however given at the beginning of the second half, this time as Harriott got himself caught up with the advancing Leeds player inside the box. Ross McCormack stepped up and made no mistake for his second.

Simon Church again ran his socks off yet the ball just wouldn't go in the net for him, he spent most the game with his hands on his head. Good work didn't go unrewarded though as his ball across the byline was tapped in by Johnnie Jackson. The Leeds faithful weren't quiet for long. Three minutes later McCormack got his hat-trick even though Jackson had done his best to barge the striker off the ball. Ben Hamer comes in for more than his fair share (a matter of opinion of course) of stick sometimes but for this goal I think only the keeper himself could talk you through his actions. Or more precisely lack of them.

McCormack rounded off a superb performance with a delightful free kick that sailed into the top corner at the death, finally killing off Charlton's challenge. He was without doubt the difference between the two sides and although the man in the middle did his utmost to steal the mantle, the Scot was by far and away the best player in what could be a very talented Leeds side. If only they'd cut out the antics, but then they just wouldn't be Leeds then would they.

Posted by algordon_cafc at 8:26 PM