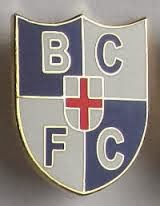 A phrase that can be equally applicable to both team and supporters, although usually preceded by a few other words unless you speak like it's still 1952.

Charlton are certainly in a rich vein of this form as they picked up another three points on their travels yesterday at St Andrews. With the win at Blackburn and the draw last Sunday against Wigan, it's seven points out of nine for the Addicks and unbeaten in five. Once again, in repetition of last season, our away form looks likely to becoming vital in carrying us through the winter months. If we can turn those draws into victories back home we could be in for an easier ride that we may have predicted a couple of months ago.

With Yann Kermorgant back in the treatment room, Chris Powell approached this match with a slightly more defensive approach, Simon Church being the only recognized front man in the starting eleven. Johnnie Jackson spearheaded a five man midfield while Dorian Dervite partnered Michael Morrison at the centre of the defence in place of Richard Wood.

Dale Stephens scored the only goal in a game which Charlton were in control of for the main part. After an initial strike from Cameron Stewart was parried by former Charlton goalkeeper Darren Randolph, Johnnie Jackson was then denied before the ball fell for Stephens making no mistake from just a few yards out. I think it's fair to say Birmingham aren't the force they were a year or two back, they themselves must be desperate for fortunes to change if they want to pull clear of the lower reaches of the table. Their fans are certainly disgruntled, a barrage of boos met the team at the final whistle. A different story to the reception that greeted the Londoners at the same stage. Small in number they may have been, huge in stature they stood proud, dominating the surroundings as this you tube clip shows. Without doubt the travelling supporters were in good form, and this after having to endure sharing trains north with Crystal Palace supporters heading for The Hawthorns.

It was indeed a heartily welcomed moment of good fortune for the club, the negativity dominating the news during the previous week being put to bed.

Nobody can have failed to hear about the seven Charlton Athletic supporters jailed on Wednesday for racist chanting on a train after an FA Cup match at Fulham. I don't for one moment claim to know all the facts, I've heard stories from some saying that evidence was inconclusive, that sentences were too severe and that some were just guilty by association. That aside, there is no place for racist chanting, or for that matter any threatening behaviour towards the general public. I do know one of the lads, admittedly not as well as I used to, but suffice to say he has had a record for disturbances previously and has certainly from time to time mixed in less desirable circles.

The video from yesterday proved how superb our support can be, there is very little in life that compares to out-singing the opposition in representation of your team. This really doesn't have to 'cross the line' though. I still join in with choruses of  'we forget that you were here' and other such good humoured jests, but my days of hand gestures to the opposition fans are long gone. It doesn't make me any better than anyone else, it's just not my thing and I don't need the constant hostility and looking over my shoulder that once upon a time was a regular part of football. At the same time I do enjoy watching the lads with the flags and the flares, I love seeing new generations of young lads going to the game with their mates all dressed to the nines, there is still as much a place for these boys in the modern game as their is for the families that the clubs try to encourage, as middle aged men bring their wives and children for a nice (albeit expensive) family day out.

The good form of the supporters can change instantly though as I discovered on Tuesday evening in Sutton. My first visit of the season to Gander Green Lane was an FA Cup fourth qualifying round replay (my third FA Cup match of the season), Sutton United hosting Hemel Hempstead Town after the U's had drawn 3-3 four days earlier in Hertfordshire.

The kick off was delayed as the team coach carrying the visitors was delayed in traffic, fortunately it was ahead of the supporters coach, also stuck, a few miles behind it. Upon entry to the ground I was frisked, an entirely new experience for me at non league football. It transpired that Hemel Hempstead fans were prone to the odd flare; the stewards were certainly on edge and ready for confrontation on reputation alone. As the first half was just warming up the bulk of the away support arrived, they certainly made themselves heard. A large contingent of young lads, they sung their hearts out but you could sense the impending altercation.

Gathered behind the goal on terracing under cover, they soon accompanied their songs with rhythmic banging on the rear of the structure. In moved the stewards, from where I stood it certainly seemed that they were trying to eject the culprits with force. Then it happened again when a huge flag appeared over the heads of the more 'bouncy' section of the crowd, the stewards did their best to antagonize these lads with quite forceful reprimands.

There are rules, we all have to abide by them, but unlike flares none of this was dangerous to anybody and certainly there has to be a degree of common sense used. Following the rule book word for word is a modern policing philosophy that more often than not does more harm than good.

Sutton went on to win the match 2-0, and a great game of football it was too, but the seeds had been sown, what started as good humour became slightly more sinister by the end. Hemel Hempstead had superb support for this level of the game, they sung for ninety minutes and were the more audible even when Sutton's second goal went in. Leaving the ground individuals from both sides verbally attacked each other quite unnecessarily and I honestly believe this hostility was born from earlier treatment inside the ground. In the road outside groups from both sides faced each other taunting and provoking until the blue flashing lights descended, all very avoidable and unwelcome in the non league game, a place where supporters have always mingled with good cheer.

A slight dampener it may have been to proceedings, but a football crowd can be far more electric than any other. When the adrenalin kicks in there is no place I'd rather be than supporting my team, for ninety minutes I'm territorial, I'm part of the pack, but I wish no real harm. In true good form I'm delighted to enjoy a pint in the company of 'the enemy' before bidding them a safe journey home.