Full but for one 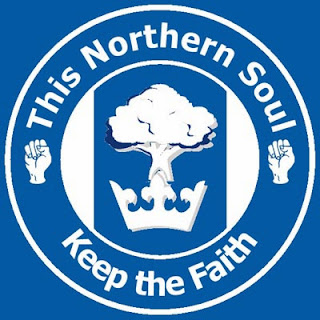 It's not right you know, football on a Sunday. Sky might try and convince you it's what makes a Sunday super but I'm not having any of it. Sunday's are about church, roast dinners, and falling asleep through an old black and white film during the afternoon.

It's something I dread about any possible return to football's treasured land. That and a full stadium of fans who choose their allegiance before the season starts as they can't quite afford or are too far down the waiting list for Arsenal's equivalent season ticket. Not to mention that they'd show far more excitement for a Formula 1 Grand Prix when it comes to creating an atmosphere. No, give me Championship (or even League One) football in front of ten to fifteen thousand loyal supporters any day.

A working class game should have a working class kick off time. Three o'clock on a Saturday after the factories and production lines (remember them?) have clocked off for the weekend.

I already had a morning and lunch planned before it was announced that this weekend's game was to be moved to the Sunday due to Wigan's participation in the Europa League, so as the ground filled to near capacity thanks to the clubs "football for a fiver" campaign, one seat was certain to remain empty.

If previous "fiver" games were anything to go by I had clearly picked a good game to avoid. Drab football, a particularly poor performance from the home side, packed trains and ridiculous waiting times at the bar in search of a pint were the known pitfalls. As I got home, just in time to connect to Charlton Player for the live radio commentary, I felt incredibly 'plastic' as the rain auditioned at my window and my full glass of ale caressed and delighted my taste buds. The black and white film had the sound turned down. Maybe this was a super Sunday after all. Don't you believe it, deep down inside I wanted to be in my usual spot in SE7.

Wigan, a town better known for the rugby (a game also watched by those Arsenal families that love the Premier League so much) and for being one of the original homes of Northern Soul, brought a few hundred supporters with them,  enticed by the cheap tickets, who hoped to finally see an away goal. It had been something like seven games since these hardy fans had witnessed such a thing, and Charlton had only scored three (four if you count the abandoned Doncaster match) in front of their home supporters. The club certainly know how to choose a potential thriller to entice these occasional observers to return again.

With storm warnings dominating the news today my feet were very firmly planted on the floor, I was not going to get carried away with unfounded hope, even if we were on the back of an excellent away victory and we had our talisman striker Yann Kermorgant back amongst our starting lineup.

In fact Kermorgant's inclusion was probably the biggest talking point of the day. Scott Carson's return to the Valley in the Wigan goal was contender but he took a knock in the pre match warm up and had to be replaced before kick off. Kermorgant was to only survive for half an hour himself, injury forcing him to withdraw. I don't know if this is a new issue or a recurrence of what has kept him in the treatment room lately but it is certainly another huge blow to everyone except Marvin Sordell.

The Frenchman wasn't the only Addick to retire early. Richard Wood, our most inform player of the moment also had his game cut short with injury, in true Charlton style it doesn't rain - it blows a gale.

The game had plenty of opportunity for both sides, Pritchard coming very close in the first half while McClean put the ball over from six yards out for the visitors. The work rate was there, the quality of the build up was there, the execution of the finish was unfortunately exactly what form had predicted. Thank goodness a missed game is out the way, thank goodness "football for a fiver" is out the way. For the record book, listening to a nil-nil draw on the radio isn't that compelling either. I nearly turned the volume on the film up. That may have had something to do with the commentator though.

This is where I upset two or three of the half dozen readers. Call me chauvinistic, call me Neanderthal, but I don't really like listening to women commentate on football. I appreciate they enjoy the game, good for them, I appreciate they may present football shows on television, but ninety minutes of radio commentary? It grated. She went off on a tangent, quoted stat after stat, gave us insight into who had the ball at their feet, yet never went in depth into either sides tactics, unable to read the game at all. When co-commentator Peter Finch asked her if she believed Wigan were struggling to adjust between  Owen Coyle's style of play and the previous style of Roberto Martinez she was caught in limbo smiling and nodding blankly into the microphone. You may as well have asked her how a carburettor works. If you don't know you don't know, fair play, but you don't make a career of it. Unless you're Andy Townsend.

To constrain my irritation I studied this Manchester United email that has hit the headlines over the weekend. New Order are a Manchester (therefore local) based band, not a Nazi idealism, and study as I might (and I gave this the full first half) I could not have turned that United logo into a swastika without being told to. This is more politically correct claptrap, people so frightened of upsetting anyone that they'll crawl up any backside. Considering I'd been at church this morning, perhaps the red devil on the club's crest is slightly more offensive? I wonder if the Daily Telegraph or Manchester United will latch onto this?

Posted by algordon_cafc at 9:30 PM