Church on a Saturday 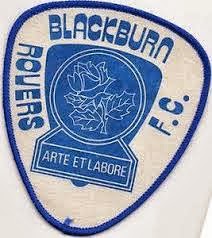 What a week for the Welshman! Charlton's number nine scored the winner for his country in a World Cup qualifier against Macedonia last Friday, then the winner for his club yesterday. It would appear I have misjudged the lad a little, proving yet again that Chris Powell is far more suited to the Charlton job than myself.

Church, like his song, has always provoked me since his/it's arrival. Simon Church, my Lord, Simon Church, sing the Addicks faithful. I love the fact, and always smile an inward smile to myself, when this rings around The Valley. You see, purely innocently and without intention or even realization, fifteen thousand football fans are loudly claiming not only the existence of our creator, but also their own immediate relationship with 'Him' being 'theirs'. This to me is complementing all the running, the hard work and the never say die attitude the former Reading striker displays every time he pulls on the Charlton shirt.

Overjoyed in his efforts these fans, after singing his name all match, will then tweet the words to his song as they relive and rejoice in the club's magnificent away display well into the small hours of the morning. And this is where it kicks me in the teeth. Nobody capitalizes the 'L'. Lord is a name, therefore requiring the use of the capital, a small insignificant matter to all but a handful, but enough for me to repeatedly bang my head against the wall. So much promise, let down at the final straight with a niggly, irritating, lack of, for better want of a word, quality. This was Simon Church in a nutshell, viewed through my eyes.

So here I am now, eating my words. At Ewood Park he scored a goal of exalted technique, collecting the ball on his chest (NOT his arm) and netting with the inside of his foot. Quality with a capital Q. I thought he had been a desperation signing from Powell, I was wrong, he obviously saw something in Church that convinced him to acquire his signature on the training ground long before the thousands of paying know-it-all's were to witness it. As all Charlton strikers do, Church will continue to dismay and infuriate, we will all publicly chastise him for it, but at least i now know there is an essence to his game that warrants not only first team football at Championship level, but international recognition too.

It wasn't by any means a one man show at Blackburn. Dale Stephens had one of his good days for us, the exquisite chip of a pass to pick out Church for the goal was as delightful as the goal itself. We know Stephens has this in his ability locker, has another Charlton player blown so hot and cold in recent times, it just depends which Stephens is turning up for the game. yesterday it was the one that was needed. Richard Wood was a tower of strength at the back, again showing exactly what Chris Powell had seen in the player during his trial, Blackburn's (including that perennial thorn in our side, Jordan Rhodes) rather woeful finishing detracting nothing from the strong Charlton defensive performance as when they did shoot on target Ben Hamer was there with tremendous hands.

Three very big points on the road, so urgently needed too as those around us were adding happily to their tally. None more surprisingly or impressive than Barnsley's dominant showing against Middlesbrough. Find and watch their opener, scored by Paddy McCourt, a creative solo run reminiscent of a certain Ricardo Villa at Wembley.

Another positive was the return of Yann Kermorgant and Johnnie Jackson to the substitute's bench, alongside the returning Danny Green after his loan spell at the franchise. Kermorgant and Jackson did both get a piece of the action, the former trying an audacious chip from his own half with typically French disdain. Six minutes of stoppage time, added to the final twenty of the regular, proved compellingly nail biting in a way every Charlton fan knows only too well. You want to look away but instead look through your fingers, evocative of children tucked behind the sofa watching Doctor Who.

The international break obviously did us good. A solid base to take into next Sunday's 'football for a fiver' match at home to Wigan. A team that can't score a goal on the road for love or money. Heard that one before! Let's hope that twenty thousand fans can take a leaf out of the two hundred's book that travelled to Lancashire yesterday, getting a thorough soaking in the process.

In short then I was wrong about Simon Church. Let's get behind the team rather than picking holes in what we have. Come on you reds!