I thought spending two weeks in the Algarve would give Charlton plenty of time to be busy. Not expecting an Internet connection, i really thought this evening would be spent catching up on all the exciting comings and goings, whilst ringing my brother in Taunton to arrange the details for my weekend with him whilst the Addicks are in Yeovil.
As it turned out, a highly stressed and temperamental dongle was available to us in the villa and i could check daily on all important issues back home. 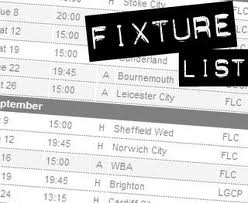 This post is really a little bit of housekeeping, catching up with events many readers are fully clued up on.
The first matter of note is an uninspiring Carling Cup draw against Reading at The Valley. Reading have never been one of my favourites, drab is a word I've often used in conjunction with them. Sorry if there's any Royal's fans reading this. At least the prospect of two visits from them in close succession is no longer a reality after the cancellation of the pre season friendly only a short time before. Maybe the draw we all really wanted will be our prize and Palace will be our second round opponents.

After the disappointment of that, worse was to come. The League One fixture list was announced and our visit to Somerset is on Boxing day. Couldn't have been any more awful a date.
Christmas for Heidi's family is a very big thing. We all come together and celebrate, which is lovely, but absolutely no chance of slipping west for a day. Besides, my brother will be in Cyprus visiting my Mum. Add to this the twitter crew, from the final home game of last season, planning a jolly down there and the fixture computer has shafted us well and truly. Sure there will be other games but that's not the point!

So what else has it thrown up?  Bournemouth again first day, that'll be one for Danny Hollands to get to grips with. I don't fancy the cherries to repeat last seasons success, so not a bad opening day with a real chance of starting with a win. A trip to Colchester and the visit of Scunthorpe also both in August will i fear prove much sterner tests.
Two London derby's in three days look interesting at new year. Brisbane Road on the 31st wont be easy and our first game of 2012 entertaining Brentford two days later is a perfect holiday fixture.
Two of our last four away games are at Huddersfield and Preston, possible six pointers? At least the home run in looks more favourable. I for one will be expecting Hartlepool to out do their Oompa Loompa efforts as once again we play hosts to them on the final day.

Was this fixture news to be all from the fortnight? Permanent signings (or any other kind for that matter) were short on the ground. The rumour mill kept turning but nothing concrete. Until Tuesday. Suddenly bang bang bang three came through the door. 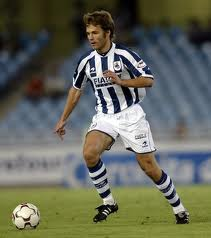 Cedric Evina was first. A young full back who learnt his trade at Arsenal, he shone well last season on loan at Oldham. The young Cameroon born defender is left sided which could prove a real blessing this season as players come out of contract and leave. He may be young and still developing, but Chris Powell rates him highly. At least settling in the area won't be a problem for the lad who is based in London.

Paul Hayes came next. A free transfer and signing a three year deal, the striker comes down south after plying most of his trade up north. I get the impression he's a workmanlike striker making more than he scores. We've had a few of those over the years, should fit in well then!

Mikel Alonso is number three. Yes that Mikel Alonso with the even more famous brother. A real hard working midfielder, he's proved himself in his native Spain. A handful of appearances at Bolton a few years ago and a very short stay in Swansea though, doesn't guarantee he travels well.
The Charlton faithful, myself included, do however hope we have another hero at the club. He is at the end of the day a 'name' and it's been a while (not including Bradley better than Shaun) since the club has signed a real name, so it's not surprising expectations of him are high. With rumours of Semedo going to Yorkshire, and Racon already moving to the toolbox, Alonso and Hollands could well be the first choice centre to the midfield. Sounds good to me.

Chris Powell assures us he's not finished yet. Let's hope not, he's not looked at the central defense yet. Here's praying that's next!
Posted by algordon_cafc at 8:13 PM