Hart of the Matter

I wonder if it's yet another case of rose tinted glasses, but a few years ago, transfer speculation surrounding Charlton involved footballers i knew something about. Perhaps just because as a top flight team, we were mentioned in the same breath as players with household names. Maybe its just because players were a little more loyal in those days and you could remember who played for who.
So many foreigners are coming into all divisions now, no matter what level we are playing at I'd have to look up and research possible signings. Or maybe I'm just out of touch.

Paul Hayes seems to be the most popular name on the rumour mill at the moment, some even saying he may sign for us as soon as tomorrow. My first thought was, and i hate to admit it. Paul who?
It turns out this East End boy has plied his trade up north his whole career, enjoying the best of it at Scunthorpe. Looking at his goal scoring stats however, this striker is far from prolific. Maybe he can be part of a great double act for Bradley 'better than Shaun' Wright-Phillips, setting them up for the poacher to knock in. Maybe though of course, he won't sign for us at all.

I had to laugh with someones comment on twitter that we appear to be after the whole Bournemouth team. Adam Smith who was on loan from Tottenham at the south coast club is another rumour. There does seem to be new names appearing in the frame daily. I wont be getting too excited until the deals are done however.
One good bit of news is for former Addick Ross Worner. He signed a two year contract at Aldershot, a perfect move for the youngster, and perhaps the ideal level for him to gain that much needed experience. I wish him the best of luck. 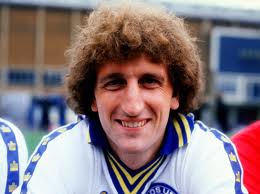 So if we're not going to bring in a handful of second rate foreign players, we need to continue the good work the academy does. Earlier in the season we saw the club push the academy with posters pushing the Valley Gold scheme and a special edition of the Valley Review.  It's only when you saw all their pictures together that it really sank in how many first teamers have come through the ranks at Charlton. Its an academy that the club is very proud of, and many other sides envious of. It also has a new man in charge.
I've heard many people say in jest that appointing Paul Hart means, if things don't go according to plan for Sir Chris, we have a ready made caretaker boss inside the club. As a plan B it could be worse, but I'd like to think the work he does with the youngsters will more than keep him busy and more importantly make him more indispensable to that unit. He comes in as director, with Steve Avory remaining as academy manager. The former Leeds defender has very a credible history and plenty of experience with youth set ups. Ketts is far more clued up than myself, he says Hart was at Forest to see our own Andy Reid's progress.

The scouting system is another area to get the shake up. Jeff Vetere comes in to head the operation with Phil Chapple moving down the ladder a notch. Vetere has of course been here before and worked with Alan Curbishley. Curbs as we know took him to West Ham with him. Last season Vetere was chief scout at Aston Villa. I'm guessing he's very well connected in the game.
Add to all this a new regionalized scouting operation put into place all over the country, and even the most negative of fans (and there are many) would have to say things are looking good.
If the backroom is in a mess, it doesn't matter what stars we bring to the playing field, things will self destruct.
I have to be honest and say i didn't really trust Mr Slater when he came to SE7. Something about him didn't quite sit right with me. I'm very happy to say that my opinion is changing. Only time will tell, but I'm impressed with what I've seen so far. I believe things are moving in the right direction and the owners do have great plans for this, our great club.

On a more personal note, we went to a christening today. Benjamin is a security guard at the supermarket where i have my evening job. It wasn't me that got the invite though but Heidi. The reason? She stops and talks to him. She always has a couple of minutes to stop and say hello just to ask how he is. We felt really honoured to be invited to this intimate family occasion. It just goes to show what can happen if you take time to speak to the people around you.
Living in a multi cultural environment, it was interesting to go to this Afro Caribbean affair. The generosity was outstanding and the food looked so delicious. It was just a shame I'd been struggling with a bug this weekend ruining my appetite.

Speaking of this bug, I've got a week to cure it, as on Saturday we fly to Portugal for two weeks. A nice family holiday and a well needed rest from work. No doubt I'll be blogging some of the highlights on my return.
Posted by algordon_cafc at 5:57 PM