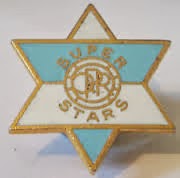 Roland Duchâtelet gave his first Charlton Athletic press conference on Thursday afternoon. Katrien Meire, Richard Murray and Chris Powell all sat alongside him, the press room was a little more densely packed than normal whilst, back at home, we got the chance to experience the latest offering from the Charlton Athletic media team, the CAFC Wall.

With so many burning questions and matters of insecurity that urgently needed addressing, it was with rather a bleak sense of hollowness that we noted the owners reluctance to give straight answers, preferring to waffle like a politician aimlessly hinting at the obvious. Then, as quick as it began, the public side of the press conference ended, the new virtual wall stopped updating and it was the press reporters present that got the chance in private to interrogate those in the chair. Surely with all their experience they'd get the answers to the questions we all wanted to ask.

Sure enough the club website published an article later that day stating that the board were in talks with Chris Powell over a new contract. It seems my initial feelings were, as usual, far from the mark and Duchâtelet didn't already have another man in line to lead the club when he originally laid his pound notes on the table. In fact quite the opposite, he rates Powell highly, knows full well about the mans status in SE7, and most importantly respects and admires his ability to perform his job admirably with very limited resources.

All this faith and overdue assurance has a knock on effect from the board, through the management team, through the players to us, the supporters. Finally we have a team, and I include Powell in this, that has conviction for those it plays for. For all the turning points that may have happened during the actual game time yesterday, none were more critical to gaining the three points than this vote of confidence from above. Well played Roland, just next time don't wait so long.

Queen's Park Rangers came to The Valley on the back of a little 'wobble' in their form. If your team sheet shows Yossi Benayoun amongst those named on the bench, truth is a little wobble is a couple of defeats on the spin rather than finding yourself in the bottom three. There is no doubt about it, on paper Harry Redknapp's Rangers team are a league above our own, just look at the wage packets. We also got to witness the Rangers debut of a certain Ravel Morrison, a lovely lad who has hit the front pages with as much regularity as he has the back during his short career. For someone so used to the spotlight, he must have felt yesterday like there was nowhere quite far enough away from The Valley to escape to.

The pitch was, unsurprisingly, it's usual wreckage, a point Redknapp would stress post match, but even what has become known as the shallow end (south end) looked worse than it did a fortnight ago. Nedum Onuoha certainly knew which end was which. The central defender was a little out of both position and ideas as he ran into our box in the deep end, then with a leap of faith flung himself to the ground as he auditioned for the latest of these dreadful celebrity reality shows. Needless to say, neither Vernon Kay or Gabby Logan were there to interview the dripping wet defender in his Speedo's afterwards.

If you've caught up with the BBC's Football League Show, you'll know it was the programme's featured match. They failed to give verdict on whether it was or wasn't a penalty feigning a theory that there may have been some contact from Dervite's leg. It wouldn't be the only time that they would side with Redknapp's men.

Steve Claridge hinted how Rangers would have put the game to bed if they had put their chances away. They only had a couple and Morrison fluffed his lines both times, whereas we, it could be said, had the better of them and perhaps we could have been the team to kill the game off, but that sort of loose tongued tomfoolery obviously doesn't entice viewers. Don't get me wrong, I'm happy with fifteen seconds of fame every week, along with about seventy other clubs, and if we can go about our business quietly and unnoticed so much the better. But why then when first Cousins and then Reza Ghoochannejhad with the rebound hit a post each did the monotone panelist not think that a worthy chance had gone begging? I believe the answer lays in uninformed former players judging by league position as opposed to having any working knowledge of the club.

A quiet but steady first half and more than happy to go in level with our heads held high, Rangers certainly hadn't looked particularly special, yet the real drama was still to come. If the visitors weren't able to fire a single shot on target, they had just as little luck when we tried to gift it to them. A backpass (admittedly poor and unwanted) from Dervite to rookie goalkeeper Yohann Thuram-Ulien nearly cemented itself in every future footballing blooper DVD as the keeper played it back out straight to the advancing hooped shirt. As comical yet unbearable as it was, how the Rangers player then ran it out of play was quite remarkable, finally I witnessed the effect of looking a yellow shirted French gift horse in the mouth. I also stood there and listened to our crowd angrily sing Ben Hamer's name, Charlton's number one. I'm not a fan of this loanee keeper by any means, but there's no way I'm going to dent the lads confidence whilst he keeps goal by singing the name of the substitute goalkeeper on the bench. It's a fair shout to him that he was as composed as he was at the end when our old friend Ravel Morrison once again goofed a clear cut goalscoring opportunity.

Looking at it from the North Stand, Morrison had three quarters of the goal open to place the ball and wheel away in jubilation. What we did not see was Thuram-Ulien, or the black panther as I may now call him, spring from nowhere to pluck the ball out of the air and actually catch the thing. The replays don't seem to do it justice, at the time it was far more a superb piece of goalkeeping than the weak effort on goal that television portrays.

The ball then came back up the deep end, we were in our four minutes of stoppage time, I never thought we would score but was just glad to have the point we more than deserved. To actually go on and win the game still seemed far fetched. We had the ascendancy, we even had new loan striker Marcus Tudgay on at this point (less than twenty four hours after coming to South London), yet still I could not see how our pressure would result in the ball finding its way into the back of the visitors net.

A goal mouth scramble followed, the ball came out with a Rangers shirt, merely for Diego Poyet to make a wonderful challenge and the ball to fall to Astrit Ajdarević who struck an astonishing shot which was only just matched by Robert Green turning it around the post. We had a corner which seemed little reward for such a great strike. There can be no argument that of all the new signings made in the January transfer window, Ajdarević is the pick of the crop. Harry Redknapp would go on to say there is no excuse for conceding a corner that late in a game. Perhaps he too thought the Swede's sublime strike deserved more.

The corner proved more than fair reward as it contributed to Johnnie Jackson's winning header from the acutest of angles. Momentarily I didn't even realise it had gone in, presuming it physically impossible; but then the place just erupted. Our skipper ran to the crowd and launched himself over the barrier, there are no words that can describe just how euphoric The Valley became. We sang our hearts out, we collectively stood bigger, bolder and louder than we had all season. Once again we remembered why this club is so much better than any other and quite how much every individual supporter IS Charlton Athletic.

I love non league football, I flirt with it with increased regularity but days like yesterday crop up from time to time and remind me exactly why I couldn't walk out on the club that has shaped me for over thirty years. We have a distraction of the FA Cup tomorrow evening, but I fail to see how that can even begin to compare with the relief of having our Charlton firing on all cylinders and fighting like it means something.

Chris Powell epitomized what it's all about as emotion seemed to get the better of him, and now with the security of belief behind him from the board and the playing staff we ponder once again at just what is possible under his reign.

Standing in a pub with close friends post match that have been on the same ride as you has never tasted so sweet. There's a long way to go of course but there was pleasure in enjoying a few more than expected ales and reassuring each other that the Charlton Athletic we all fell in love with are back!

Posted by algordon_cafc at 4:39 PM