I'm streaming all over. 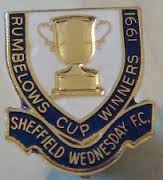 Charlton Athletic are in the FA Cup quarter finals! We were in the blue half of Sheffield, and via Bulgaria, Algeria and then finally the United States of America we booked our place in the red half of Sheffield for the last eight.

A dodgy internet stream meant the clarity of the action was poor, the Bulgarian one I first discovered had a commentary five minutes out of sync with the pictures. The Algerian one was in their native tongue and became painful on the ear. The American Fox Soccer stream I ended with was the best of the lot, although for the half time highlights from Brighton we lost the dulcet tones of Peter Drury and were treated to some chap far more used to baseball and it's razzmatazz. Still, beggars can't be choosers and it was the closest I was going to get to the action in Gatwick.

Ben Hamer returned in goal, and along with Morgan Fox making his debut, was the main talking point before kick off. The bearded wonder remaining the hottest topic of conversation at the end of the match too.

Callum Harriott looked bright at the beginning, his pace causing the defence problems and it was the youngster himself who put the Addicks ahead with a fierce shot in the first half that the American production team had a field day with as they conjured up headlines.

Charlton had the best of the first half except for the last five or ten minutes when Wednesday realised that perhaps the dream derby may just be slipping away. Rejuvenated after the half time team talk, the home side continued where they left off and pulled themselves back in it with an equaliser after scrappy Charlton defending.

For the first time during the evening we at home could hear the Wednesday support.

The Owls looked like they were going on to dominate the game but a Simon Church goal against the run of play soon had the Londoners singing again. After that it was Hamer who made all the headlines.

Wednesday thought they had their second equaliser of the night as Hamer clawed the ball from behind him, hip height, and finally smothered the ball on the floor. The replays certainly looked to me like the ball was over the line but without goal line technology we shall thankfully never know.

The home side continued to pile on the pressure whilst at the same time getting rather cynical with their challenges. At the death Hamer made the save of his career as he changed direction at the last moment and still had enough strength in his hand to turn a certain goal away.

Cue jubilant dancing around the lounge as 'er indoors tried to watch EastEnders or whatever girly trash it was. Proof to my theory that there is no-one worse to celebrate a football victory with than my missus.

Back to Sheffield then for the quarter final at Bramall Lane in less than two weeks time. I'm praying I wont need to find a foreign far flung internet stream for that, first thing tomorrow morning I beg my boss for a Saturday off. Let's hope he understands the importance of all this far more than my good lady wife!