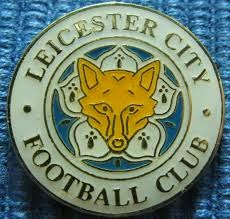 With all the carnival atmosphere surrounding Charlton Athletic and the FA Cup quarter final next weekend, it was easy to almost forget about today's Championship clash at Leicester City.

Fortunately, football is full of 'characters' and no matter how much you may be focused on a weekend away and all the beer that that entails, somebody is always going to steal the headlines and make this a week to remember. That headline grabber today was a rather despicable Premier League manager and unfortunately not a Horley Town footballer heroically saving his club from their continuing perilous flirting with relegation.

Always a man of extremes, I was more than happy to distance myself from next week's trip to Bramall Lane and plant myself firmly on the ground at the other end of the footballing spectrum, by visiting my local club Horley Town today. The Combined Counties Premier Division, level nine in the grand scheme of things, is light years away from BT Sport and ITV fighting over matches they can schedule for ludicrous kick off times. There isn't an armchair season ticket holder in the world that would want to watch the football I witnessed today. To be fair, there weren't many in the small crowd that really wanted to watch either.

Horley find themselves sitting twenty first in a twenty two team table, and today they entertained the bottom club, Bedfont Sports. As six pointers go, this was leaning to a seven. With dwindling crowds, a fixture congestion common to all small clubs that have endured recent flooding, and an injury crisis that has prematurely recruited heavily from the youth team, Horley Town are without doubt facing a crisis. With this in mind they thought up the incentive of half priced admission and a free half time alcoholic beverage on presentation of a flyer on arrival at the turnstile. The need for a half time alcoholic beverage is greater every match I'm told.

I've been to The New Defence, home of Horley Town, a handful of times this season and today was without doubt the poorest I've seen them play. The passing was misdirected, the mistakes were playground-esque, the heads were down and they looked beaten from the off. I spoke briefly to Anthony Jupp, the caretaker manager at the end of the game who was a little lost for words really. He knew it was poor, he bemoaned the injuries that forced his hand with team selection and he was, quite understandably, running out of excuses. Losing 2-0 at home to the one team below you is probably, for a football manager, as low as it gets. I certainly didn't envy him trying to pick those lads back up afterwards in the dressing room.

My attention was unsuspectingly drawn back to Charlton and their game at Leicester when I bumped into an old Charlton supporting friend at half time for my free pint. As well as an Addick, he's also a South Park supporter, a club top of Horley's division (not just an American cartoon), and with their game called off took advantage of the reduced admission price, coming to see life at the other end of the table. Used to watching level nine football of some standard, he openly admitted his surprise as to how shockingly bad the football he was witnessing today compared. It is of course all relative but believe me, no matter how much Charlton disappoint us on a regular basis, it doesn't often get quite as desperate as this.

News of The Foxes wasn't quite that which I expected. Another fox, that of the silver variety, Alan Pardew had sent twitter into meltdown after headbutting Hull City's David Meyler. The former Charlton boss was red carded amidst the fracas that followed, it's not the first time he's got physical on the sidelines either. With a squad of international superstars at his disposal, 'Pards' week in week out lets himself down with dreary monotone press conferences and classless interviews. How a young lower league manager would relish the chance to work with such talent; Anthony Jupp in the face of impending disaster is ten times the man Pardew is and a lot more deserving of success to boot.

So how did Charlton fare today? Leicester's bogey team, on a run of two back to back victories, yes, sure to form we got beat. Three-nil quite convincing, but Leicester are head and shoulders above the rest, the South Park of the Championship. Besides, whether we admit it or not, supporters and players alike we've all got one eye on next week's trip to Sheffield haven't we. Ninety minutes from Wembley; ninety thousand miles from Horley.
Posted by algordon_cafc at 7:16 PM