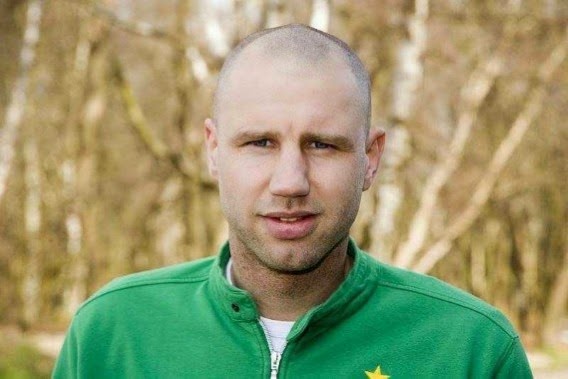 So yesterday was the day when a weeks worth of speculation was confirmed to be true. We have a new manager, in all but name, we've lost a versatile central defender and the lid has been lifted slightly on the rather more undesirable elements to the Charlton hierarchy.

Bob Peeters quit his position at Belgium top flight strugglers Waasland-Beveren earlier in the week to accept Roland Duchâtelet's offer of Charlton head coach. Peeters was at his former employers for a little over six months and before that, in charge of Gent, for only two months. I'm already thinking this may not be the long term appointment we hoped for. The former Roda JC, Vitesse Arnhem, and Millwall striker will hope to at least last longer than Riga, his predecessor, although it would appear that is dependent on being the perfect servant and playing the team he's asked to.

We all presumed that with the speed with which Riga replaced Chris Powell, the new man had to be a 'Duchâtelet empire' yes man, lined up well in advance of the Charlton hero's departure. Powell's former assistant, Alex Dyer has said this week though, that Riga too, refused to play what he and Powell before him had believed to be substandard footballers brought in against their desires.

After three and a half years at the club, it was no surprise that Dyer left when this season ended, and it was of little surprise that when he spoke to the South London Press he highlighted what so many of us already suspected. Sure enough the 'empire' loans were the work of his holiness, and these players arrived, not match fit, yet with the promise of first team football. Once they were given their chance and shown to be of little or no benefit to the squad they were quiet rightly placed back into their natural position in the pecking order. First Powell, and then Riga were both hounded by emails and phone calls demanding explanations regarding the reason for the absence of these two-bit squad players. Dyer certainly implied that everything behind the scenes has been as delicate as we thought. Two mild mannered managers may have seemed like easy targets for Duchâtelet, Peeters however looks like a psychopath, I for one wouldn't want to try and pick his team for him.

Whether the club knew about this interview Dyer gave to the SLP before announcing his departure I don't know, but I suspect he was escorted off the premises with a blanket over his head. As I said before, three and a half years service and all the media team were allowed in way of coverage was a footnote at the bottom of the Peeters story. That is beyond disgraceful, the club should be ashamed of themselves for the disservice they did the man even when he stayed on to help the clubs precarious plight after close friend Powell was ushered out the door.

I seriously wonder if people are better off out of it as it stands. Dorian Dervite has officially signed for Bolton Wanderers after being offered a contract by Duchâtelet. A huge loss for us, a great gain for the Trotters.It's possible the Bolton deal blew ours out the water, we shall probably never know, but it's also possible the Frenchman saw an opportunity to escape and took it. I doubt he'll be the last.

On the incoming front, we have been strongly linked (expect an announcement imminently) with Barnsley frontman Chris O'Grady amid rumours of a half a million pound bid. Fifteen goals last season was good return considering he was playing for a bottom two side, and it's a far better option than a disinterested Liege reserve, yet he alone won't save us. That cheque book needs to be glowing it's so hot from action if our second Belgian manager isn't going to be quickly replaced by our third. Good luck Bob, I'm afraid I think you're going to need it.
Posted by algordon_cafc at 7:16 PM