The Hart Of The Matter 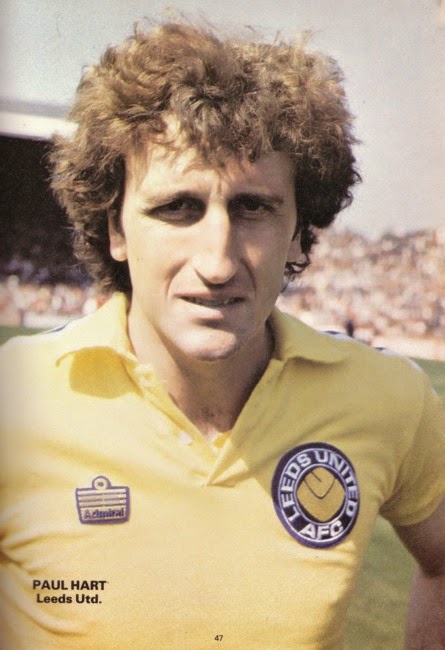 The official club website has been enjoying an end of season break of its own of late, struggling to entice visitors with news of international youth call-ups and a half-arsed goal of the season competition grabbing the 'headlines'. It's slow to confirm anything at the best of times, even when we're in the height of the action so it's no surprise that most news regarding the club of late has been through press leaks from newspapers and other websites. Today though we got an official word on a move, unfortunately a move no true supporter of the club wanted.

With rumours flooding my twitter timeline of potential new homes for out of contract first team players and possible managerial candidates, the club announced today it's parting of the ways with Academy Director Paul Hart. This for me is potentially the most damaging thing in the long run that will happen to the club all summer, so in many ways I can sit back and think the worst is out of the way.

His assistant Steve Avory who has been involved with the Charlton academy for many years will take over as their jobs have been merged into one, and although both were invited to apply, Hart has opted for pastures new. His record for developing youngsters was second to none before he joined the club three years ago, and his work with the under 18's and under 21's here has been superb. This season alone, when the club seemed to get over excited with the use of loan players, we have seen five academy lads make their first team debut. Legacy in itself. Although I do of course wish Steve Avory the very best of luck in his new role I can't help but shed a tear on the talent that has left. Duchâtelet has made great noises about the importance of the academy, which is why breaking this team up seems so hard to understand. Surely when you've got the very best you do everything you can to hang on to it?

As predicted, José Riga's time at the club seems to be coming to an end. Distrusted at first, it would be wrong to say we had taken him to our hearts, but we all appreciated that he did the professional job expected of him and that he enjoyed his spell as the gaffer. The club of course have been tight lipped but a Belgian newspaper and even the BBC website have hinted that Bob Peeters, currently manager at Belgian club Waasland-Beveren will hold the post by the end of the week. Capped by Belgium at international level and having played for both Roda JC and Vitesse, Peeters will be more notably remembered by English fans for his spell up front for Millwall a decade ago.

Again, I shall wish the new man luck (should these reports hold an inkling of truth), and I will support him in his role if he shows he's more than competent, but I will also assume this is another part of Duchâtelet's master plan, of which I'm still to be won over. When he starts treating us like an important part of the club and not faceless customers, when he gives us answers that show honesty and personality, then I'll be more warming, but the quietness and evasiveness we've seen so far does nothing to quell my distrust. The ball is in his court as they say.

Player wise we're still very much in the dark. Hamer is supposedly off to warm the bench at Leicester, a host of others out of contract are being linked with some team or another whilst the news of contracts to the backbone of the first team is nonexistent. A week ago twitter was awash with news of Dorian Dervite's exit from the club. Now he would have been the first player I'd have coaxed into signing on the dotted line.

Oh well, at least we've signed Kurtis Cumberbatch, a winger, from Watford. Steve Avory will work well with him. Bob Peeters will have to wait a little longer I suspect to see who he'll get to work with.

Posted by algordon_cafc at 7:06 PM