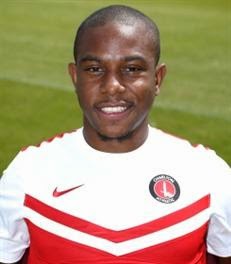 To be frank, the first home game of the season is always special. Yes, football has far more character and soul under the floodlit freezing rain rather than the late summer sunshine, but at no other time of the season do you travel to your footballing home without any disappointment or despair lingering and the forefront of your mind. You know they're around the corner, but for now only excitement and anticipation bubble up inside. Yesterday I left work with an extra spring in my step, eager to catch my first glimpse of  everything new, bright and revitalized about Charlton Athletic.

To be frank, first impressions were dubious. After entering the turnstiles of the Upper North stand to darkness, one felt a need to joke about nothing being left in the kitty for the electric meter. Then there was the 'new' catering, the same dire beer, a lack of chocolate and similar pies just in a different wrapper. Minor glitches, the stadium does of course look as magnificent as the photographs had hinted. A new playing surface that shows very little evidence of the allotment it replaced dazzled in the sunlight, as did the painted staircases and new red seats. Yet every photo I'd seen during the Summer had been taken from the south west corner, and for good reason too. The pink seats still adorn the West Stand whilst Jimmy Seed's name gracing the roof of the South Stand is fading in colour as quickly as those that remember the great man. But I wasn't here to pick holes and when the teams walked onto the pitch, like a child at Christmas I soon forgot all about the packaging.

To be frank, I fully expected Bob Peeters to start with the same eleven as he did at Brentford last week. But for a lucky deflection (we'll get back to those), the points would have been all ours that time out, so his favoured line up deserved a sterner test in the shape of Wigan Athletic. One of the bookies favourites for league, Wigan certainly showed flashes of ability amidst a real confidence on the ball, yet very few would argue we didn't match them all across the park. Jordan Cousins early goal was sublime, Yoni Buyens (who from the back of the stand resembles Shelvey) in the middle made a constant nuisance of himself whilst parading both deft touches and quick thinking in equal measure while Igor Vetokele looked menacingly hungry in attack. A warning came though when Rhoys Wiggins jumped for a ball he was never likely to reach allowing the ever talented Callum McManaman to get in behind him, turn him inside out and then equalise from the craziest of angles.

To be frank, in such circumstances I've seen Charlton collapse more often than I care to remember. Peeters though attacked the match, never settling for the Charlton philosophy of late and just defending the draw. Even when goalkeeper Henderson was apparently injured and replaced by Nick Pope, Peeters didn't feel the need to protect his young substitute by overloading the defensive line. That was the Charlton Wigan knew of old! Tucudean, who does seem to go to ground a little easily, came off for Franck Moussa and Charlton attacked the last ten minutes as if their livelihood depended on it. Chance after chance was created but spurned, Vetokele was through one on one with the keeper but fluffed his lines, Wilson rushed into the box linking up with Solly to centre the ball for Gudmundsson but Wigan cleared. Eventually, quite fittingly, Moussa shot from distance, the ball taking a huge deflection before looping their keeper Scott Carson and hanging in the air for an age before finally nestling itself in the net.

To be frank, it was the ending we deserved. I struggle to remember celebrating like that at all last season, let alone during the first home fixture. As usual one or two marred a great occasion by spitting at Carson immediately after the goal, quite understandably enraging the player, but that was drowned out by the jubilation that engulfed the ground. I think I could faintly hear the East Stand at one point.

To be frank, I expected the hoards that moved to the far end of that stand to express the glee in their financial savings by way of vocal encouragement. In the Upper North you couldn't hear a murmur from them. I can't imagine for one moment they sat in silence, it must be down to the acoustics, and I'm certain the small Wigan contingent across the netting listened to a song or two once that injury time winner went in. They may well have also heard the bust up between the managers as Uwe Rosler squared up to Peeters complaining about the Belgians over the top goal celebration. Peeters to his credit said they'd be sharing a beer by the end of the day. The big man already has a lot of Charlton about him. I doubt he took his counterpart to the hostelry where we ventured though, more likely a quiet pint in his Bexley local.

To be frank, I love a good ale. What I'm not so keen on is this trendy real ale that tastes likes grapefruit juice. We started in The Old Loyal Britons in Greenwich, the company was great but the beer decidedly poor. I doubt I shall return. We ended up back on familiar territory, the Grapes at London Bridge with plenty of Millwall that had been on a boat trip to Fulham. Far more worrying to the health than a dozen middle aged drunk Millwall was a character parading up and down St Thomas Street wrapped in a duvet. You didn't dare look into his eyes, he'd seduce you with the pain and torment locked inside them. A true psychotic on the prowl, he could have done with some of that Charlton joy to put an unbelievable shine on his weekend also.

To be Franck last night would have been to be a hero.

Posted by algordon_cafc at 3:04 PM