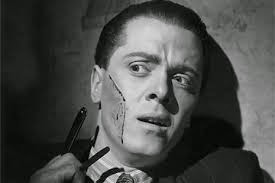 During the week the great Sir Richard Attenborough sadly passed away, a man I shall forever associate with bringing the wonderful character of Pinkie Brown to life. Pinkie was a cold-blooded young criminal in Brighton with a ruthless streak the like of which hadn't been seen on the south coast again until a merciless Igor Vetokele nearly stole three points from right under the Albion noses yesterday afternoon.

My first visit to see the Seagulls, not only at the Amex but since the Goldstone days (I even missed the Withdean chapter), saw Charlton continue their unbeaten start to the season and walk away with a solid point that we'd have gladly taken at three o'clock. Many of the travelling support would have taken just a shot on goal as a positive from a fixture that has never brought the best out of us. But you don't head to Brighton to see Charlton win, you head to Brighton to experience the comprehensive array of characteristic public houses. And we did.

Making the most of both being my most local fixture and the subsidised travel costs, my train fares for the day amounted a whopping £6.70. I was determined to put my savings back into the community in exchange for alcoholic refreshment. We did this first at The Cricketers and then secondly at The Quadrant where we were served by a charming Amy Winehouse lookalike. Two smashing pubs I shall frequent again on one of my regular scooter forays on the town. The Queens Head by the station after the match however was a haven for plastic beer vessels and abusive inebriated middle aged women, not the quality of venue we'd quickly become accustomed too.

The need to not stray too far from the station was the locality of the ground, a couple of stops along the line at Falmer. The train was pleasant enough, but the shepherding at Brighton took some fathoming to understand its benefits, and made us later than expected to walk to the far side of the ground to queue for entry. Having undergone over zealous stewarding, we entered just in time to see Igor snatch Charlton an early lead. With the goal up the other end and a few pints of local bitter inside me, I'll leave it to you to witness the goal on television rather than try to describe it. My celebrations were cut short as a chap was quick to tell me I kept backing into him, this same fella then proceeded to watch the match sat on two seats! I always get them, every time I go away.

Brighton were a far better side on the day, they spent the majority of the first half teasing our defence and there was little more action to be had at the far end of the ground. Henderson was called into action more than once with fine stops, but Brighton continued to ask questions of our full backs. Unfortunately although the quality of Chris Solly is still evident, his pace has long gone since the injury. Once our stand out player in the team, he now looks a little ordinary but that may also be due to the company he currently keeps.

Half time came, and being a goal to the good needed celebrating with a pint. The concourse at the Amex is certainly visitor friendly, staff in Charlton t-shirts, the Addicks badge proudly displayed all around the kiosks, and as welcoming as that is, it did give the impression they've money to burn. The young families may appreciate these touches but the average football fan can't be too concerned about such niceties can he? Or am I stuck in the 80s? It was good to catch up with Messrs Gebbett and Garvey. Two good lads I hadn't shared a beer with for far too long.

The second half saw Albion embarrass our defenders, their slack defending from a corner allowing Brighton defender, Lewis Dunk, a free header to equalise. But Igor wasn't content without the win, he latched onto a ball from wide delivered by Church, turned a defender inside out on a sixpence and then shimmied it past the keeper in front of a chaotic away end. In the aftermath I manged to headbutt a friends young daughter, amazing how such elation affects us all differently. She looked far less happy a quarter of an hour later when Dunk repeated his earlier effort with almost the last action of the game. That hurt her far more than I was capable of. Yet again sloppy defending and acres of space. But we couldn't complain, Brighton certainly didn't deserve to be losers on the day.

With the transfer window closing tomorrow it seems less likely that we'll see the number nine shirt filled as the Andy Delort saga appears to have come to an end with the striker signing for Wigan. I'm quietly relieved, the lad had done nothing but wind me up with his antics of the past few weeks and I'm of the reflection that he wouldn't have worn the Charlton shirt with the necessary passion. Frederic Bulot however has been captured before the deadline, a midfielder who likes to play wide, Bulot is here for a season long loan from parent club Standard Liege. He'll arrive knowing plenty of faces already then.

Bulot wasn't signed in time to face Brighton so, with the international break, he'll have to wait a fortnight to get into the action. If he's any sense he'll watch some local football next Saturday and support the national 'Non-League Day'. A great opportunity for fans of some of the biggest clubs to inject a few quid into some of the smallest. I'll be going to my local club Horley Town as they entertain Sevenoaks Town in the FA Vase. This is one of the greatest days on the footballing calender, there's no excuse for not spending the price of a couple of pints to watch local lads playing the game they love. Which game takes your fancy?