And I guess that's why they call it the blues. 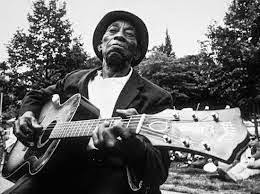 Imagine letting your teammates, hundreds of travelling supporters and worst of all yourself down with one moment of madness. Koby Arthur had done enough to score his first goal for Birmingham City skipping away from a Johnnie Jackson lunge and poking an effort past our sprawling goalkeeper. But as he wheeled away he knew immediately something was wrong. Henderson had managed to get a hand on it, albeit not enough to turn it wide, yet Donaldson was loitering on the goal line and couldn't help himself giving it the final push into the back of the net, thus interfering with play and subsequently becoming offside.

Watch it again, with his back to the post it all happens on his left, if the ball had come to his right it still wouldn't have gone wide. It's stupid, it's a technicality, it goes against common sense, it's the rules. I can't imagine he knew where to look during the half time team talk. I doubt the Birmingham defence were feeling much happier with themselves either.

Charlton took the lead after eleven minutes, Bulot crossing from the left and finding Igor Vetokele to nod home. The Charlton striker had endured a lean period recently after his flying start to the season and welcomed the vast space given to him from the stationary Birmingham rear guard as an absolute blessing in getting himself back onto the score sheet. He couldn't really miss, it was the perfect centre forward goal and his smile lit up the Valley more so than the floodlights during gloomy afternoon skies.

If we were to take an early advantage in the first half, it was Birmingham that quickly embraced the second. A corner for the Blues was played out across the edge of the area when David Davis tried his luck and watched the ball go through an assembly of legs before finding the net. A deserved equaliser that should have been a winner. As the game fizzled out, the last of very few talking points was an injury for Jordan Cousins who was stretchered off with some very concerned faces watching nearby, a sight no football fan wants to see.

A seventh draw, but how can Charlton turn these into victories? A smash and grab may be wonderful at places like Norwich but that shouldn't be happening on your own turf. After our goal we became sloppy. Passes went astray, either too long or too short, we were muscled off the ball and allowed the other side to dictate the match as we sat back inviting them forward, much as we did for the visits of Watford and Middlesbrough recently. Yoni Buyens was for me the biggest culprit, he had a shocker last week and did little better yesterday. He was making headlines in Belgium and reportedly was the man to watch back in August, I can only presume he had far more time on the ball there; in the Championship he needs to think fast or risk keep getting caught out.

We do remain unbeaten as we go into an international break, and we are a hard side to beat. Defensively it's been a long time since we've looked so solid, Michael Morrison came in and gave a great performance yesterday, and none of the top sides have really managed to break us down, which considering a few frailties in the middle of the pitch makes that even more remarkable. If we can just stop being clumsy and a little pedestrian we could easily turn these games around and what would have been defeats last season become victories this.

A special shout out must go the the group of Norwegian supporters I spotted in the Royal Oak prior to kick off. In extremely good voice they laid into the Jager bombs with menace and were steaming by three o'clock. Spotting them on the way out they looked a complete mess; it's a long way home to Norway from South East London when you're hammered and you've little idea what bus to catch. Heaven only knows where they are now.

Posted by algordon_cafc at 8:06 PM