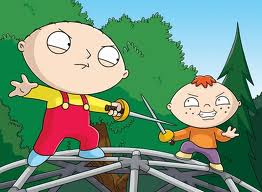 Football is full of rivalry. Every club has it's bitter enemies and the majority of supporters sing songs of hatred towards them.

At Charlton I've sung the build a bonfire song amongst others, it's a good bit of banter. I no longer sing the swear words however, but that's just my preference. I've even tweeted about the quantity (and perhaps occasionally the blood line) of the Palace fans on the train. It's only a bit of fun.
In obscurity I'm very very brave, to their face I'm a coward. There is a good reason for this, i actually don't have anything against them at all other than their club of choice. It's not the people, it's the football club and our history with them i don't like. Before you all write in, i know about incidents on the train involving rival supporters to our club. The individuals i speak of  however are not the mob handed minority.

If one of these fans fell ill in front of me I'd be the first to help, in fact if they dropped a fiver and didn't notice I'd pick it up and give it back to them.
As i Christian I'm expected to love my enemy. As a decent human being i want to. I want to go to watch the football in a safe environment and in SE7 I'm spoilt that way.
There will always be the occasional fisticuffs, if a group of men drink beer it's always going to be a possible side effect. Look at the pubs and clubs of a Friday or Saturday night. Men have always had a desire to fight over things.

Some things may be seen by society as worthy of fighting over. Football is most definitely not one of them. For many the beautiful game may well be a way of life, but in the greater scheme of things it is after all only sport.

So it hurts me so much when i read of events like Tuesday night. Michael Dye went to watch a game of football and didn't come home.

I've no idea of the circumstances surrounding his death other than what I've seen in reports. Whether it was other Welsh fans involved, or inter club rivalries i don't know. In fact, the circumstances really don't matter a jot. Six people were arrested and whatever may or may not have happened, it most certainly wasn't natural causes that killed him.

I spend so much time defending football to those who think it's only watched by thugs looking to cause trouble. How wrong that idea is. Yes OK, i admit there is a handful of supporters at each club who enjoy a fight. Why they do is beyond me, but they do nonetheless. If they want to arrange to meet each other away from the ground and the general public to knock seven shades out of each other, that's up to them.
Killing somebody is something else entirely. That's not the action of a mindless yob but a violent murderer.
The tragic events and bad publicity of Tuesday does nothing to help our cause.

I've spent many an hour drinking beer in a pub with rival supporters discussing and laughing about our differences of opinion and never felt the need to punch anyone during this.
The rivalry is healthy for the game and we love getting one up on our neighbours. Very little beats footballing bragging rights at work on a Monday morning.
If you look at the footballing rivalries worldwide you'll know the game just wouldn't be the same without them. Footballers at all levels will have stories a plenty of derby matches. And for supporters they are the first games you look for when the fixtures are announced.

I really hope the perpetrators of this crime, this murder, get what they deserve. A cell next to the rioters from last month.
Many have said it before and many will say it again, but there is no place in football for this.

The very dark days of the seventies and eighties are behind us, yet the legacy of the hooligan remains. The stupidity of a handful on Tuesday is a reminder to us all that idiots do still ruin for some not just the enjoyment of a day out at the football, but whole lives.

Posted by algordon_cafc at 2:56 PM