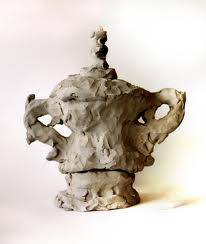 If one of our South London rivals can win at Old Trafford, there is no reason why a team that plays far more attractive flowing football (most of the time) can't have a little cup run themselves.

An opportunity to treat a young family member to a rare trip to SE7 also gave rise to my own chance of a little FA cup action yesterday which earlier in the week i didn't think was going to happen.

Carlisle United was one of the least attractive cup ties i can remember in recent years, but after a four nil drubbing in the league back in October, at least goals were on the cards and my young companions 100% Charlton record wasn't in danger.
Even at half time i was still confident of both of these facts.

Little Harry, who will be nine in a couple of weeks time, was introduced to some of the crew in the Rose Of Denmark prior to kick off. Here he was dutifully fed plenty of E numbers opening many a opportunist door for showing off and the chance to behave like a right little geezer. Just like i did at the football at his age!
The quickest of trips into the club shop, just to tantalize him before his birthday, ensued and the conformation that it's the red home shirt (luckily as it's already bought and screen printed) that's top of the birthday present list.

We bought tickets for the west stand as the upper north was closed. In all the years I've been going to Charlton, i don't think I've ever been in the west before, and i admit it was one of the deciding factors. It's now just the north west corner that hasn't hosted my matchday experience, as Harry's last visit saw us in the family stand. Never again.
It is every kids right of passage to experience the atmosphere of a packed upper north in full voice. Next time Harry i promise.

A first half of very little note did nothing to dampen our spirits. For Harry everything was big and colourful, and an almost silent seven thousand odd crowd is still huge if you know no better. I say odd, mainly due to the bloke in front of me who didn't think December warranted long trousers. I was of course tempted to offer him an ice cream, if only you could buy such a thing.

The second half picked up and we got that chance to go crazy when Michael Morrison (i really like this lad) netted at the second attempt after Leon Cort's initial header.
Substitute Jason Euell cemented the win with a very popular goal in stoppage time meaning the number 64 ball in the hat had our name, and our name alone on it.

As far as the team went, Chris Powell picked a stronger side than most sat around me had expected. Cedric Evina and Bradley Pritchard grabbed the chance of a start and showed that we already have the makings of a championship squad with plenty of talent further down the pecking order.

The Carlisle players, staff and fans had a long journey home but the supporters we met were in good spirits on the train back to London Bridge. Early December for a second round cup tie you're expected to lose, and i think four hundred is great support for Carlisle, even if they didn't have any songs to sing!
Whilst we're on the subject of the visitors, they wore yellow for the second time at The Valley this season. Obviously blue clashes with red in these modern days of colour film.

Harry and I returned to the outback here in Surrey in time for a visit to the Laser Hub in honour of his sisters birthday. I gallantly played the part of Carlisle and lost.

Fulham away then in the third round. It's a couple of days before my birthday, so with a little bit of luck I'll be able to get my grubby hands on a ticket and make a day of it.
I feel it's a great draw and the perfect opportunity to see just how far Chris Powell's red and white army have come. A winnable game and an away day London derby. Heaven.

The only downer of the weekend was Sutton United losing at home to Notts County. Again! A decent crowd and the TV cameras of ESPN meant some well deserved cash coming in and from what I've read, Sutton certainly deserved to be on the same pitch as their more illustrious visitors.
The third round draw produced it's normal amount of gems today and once Christmas is out of the way we get to do it all over again.