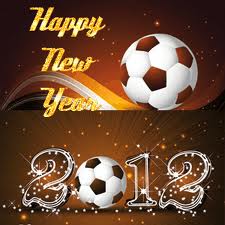 Boxing day and new year. Great days in the football calendar whoever you support. For the Addicks it was a couple of away games and the chance to improve on our already impressive record on the road.

Yeovil on Boxing day was always a blip in the fixture computer. The road was the only option for hardened travellers, but how they were rewarded. Twice coming from behind, Charlton stole the points in injury time thanks to the very deserving Danny Green.
I was spending Christmas in Tunbridge Wells with family in a house that has possibly the worst wi-fi I've ever used. For me even the twitter updates were few and far between.
Unavailable for that one, i knew the next fixture was one i would have to see from home on the bench, Leyton Orient new years eve. At least the start of 2012 would see me available for the first two outings of the year!

Before the trip to East London though, we had transfer rumours appearing from every source regarding Paul Benson. It would appear that in January he will be heading west to Swindon Town in a deal that sees Paulo Di Canio's best buddy Leon Clarke coming our way.
I wish Benno the world of luck at Swindon, he's a real 'heart on the sleeve' player who has done Charlton a great service. He is not though a championship striker and I'm guessing Chris Powell is thinking long term with his efforts to unload the former Dagger.
Leon Clarke is now famous for that bust up. He is experienced though and is certainly on form with his recent displays at Chesterfield, who are of course bottom of the league.
It's still a possibility that Bradley Wright-Phillips could be off to pastures new in January and the gaffer needs to bolster that area just in case, but i doubt many scouts will have the greatest review of our number 10 if based solely on recent outings!

Brisbane Road then and Leyton Orient. I've always had a little soft spot for the Orient going back to the days of John Chiedozie and the 'braces' kit. Living in the shadow of another East London side, I've always had the impression of a hard working club both on and off the pitch.

New years eve 2011 wasn't however going to be one Ben Hamer and Charlton Athletic will want to remember.
I thought with the Huddersfield win that the TV camera jinx was over but Sky had other ideas. I should have known better with so many former Charlton faces on display that someone was going to come back and haunt us! At least it wasn't Mooney!
Kevin Lisbie, Matthew Spring, (both of whom i have great respect for) and the very odd looking Dave Mooney (spit) all started against an addicks side that saw the welcomed return of skipper Johnnie Jackson.

I've poured the first of many beers for the night settled down comfortably and I'm ready for a display of quality football. Five minutes later and the night is in disarray.
Ben Hamer has come charging out his area and made contact with the ball on his chest. It was close to his arm, close enough for the ref to give him a straight red, but it seemed to me to be panic goalkeeping very early on. I expect us to start a little more assured than that.
So John Sullivan got 85 minutes more than he expected, and you had to feel for Scott Wagstaff who made way for him. A rare start nipped very much in the bud.
Sullivan didn't have the best of performances. it's got to be hard to come on after five as i would expect you're not mentally quite prepared for it. Even so, there were a couple of occasions where he seemed to flap a little.

Orient, it's fair to say, dominated the first half. In many respects we could think ourselves lucky to only be one goal behind at the break.
Matthew Spring scored it after a deflection from Matt Talyor leaving Sullivan, off his line, no chance.
The very impressive Jimmy Smith could have made it two later had his effort not be ruled off side. Very harsh, yes, but then so was the sending off!

And that was it really. For the last ten minutes Charlton looked like they may have been able to snatch something from the game but it never materialised. The twelve, sorry, eleven men of Leyton Orient were too much for the ten of Charlton. It's our second defeat of the season (both 0-1 away), and a boost for the Sheffield clubs who have us now back in their sights.

Monday however is another day (and another year) and Brentford at The Valley is the opportunity to send a message out to anyone thinking we've taken our foot off the gas.

Happy new year, come on you reds!!!
Posted by algordon_cafc at 6:10 PM