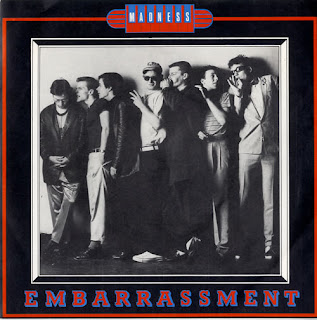 Today was no ordinary Valley matchday experience. Bank holiday's are notorious for disruption, but in all honesty i only expected it on the trains.

The trains certainly lived up to expectation with an extra change required both ways compared to a regular Saturday service, and i gave myself plenty of time with the added bonus of not having to work a few hours beforehand.
It transpired that every connection was as smooth as a Danny Hollands pass and i actually walked into the Rose of Denmark in record time. Even the journey home was very acceptable.

A pleasant couple of hours in the rub-a-dub catching up on Christmas and new year tales with plenty of the twitter crew was a perfect prelude to Charlton's first match of 2012. Many thanks to the miserable ol' git you know why matey!

Queuing at the turnstiles and still nothing out of the ordinary when, out of the corner of my eye, i saw a flapping steward. Seconds later every turnstile to the upper north was shut. No announcement, just puzzled faces. There were only five people in front of me at the time, i was that close. Five minutes later there was a queue down the road, police everywhere and still no one any the wiser.
Eventually an explanation. A power cut in the whole of the upper north stand and we are told are tickets will be valid in the west. Oh how i momentarily felt for the stewards!
What followed was literally a stampede around the corner to the west stand turnstiles. Kick off had been delayed by fifteen minutes but it didn't appear any supporters were taking a chance and rushed to get inside for kick off.
I plumped for the upper stand on the basis that there were probably less season ticket holders and less chance of having to keep moving out of people's seats.

The teams came out and Brentford, the visitors, were resplendent in black and yellow stripes living up to their 'bees' nickname.
The home side saw a couple of changes with Leon Cort partnering Michael Morrison at the heart of the defense, the very deserving Bradley Pritchard getting a start in the middle of the park with Danny Green recalled out wide.

I wish for many reasons that the game itself could have been the main talking point here but unfortunately, for my matchday experience, it wasn't.
There was nothing wrong with the game other than it being quite obvious it was at the end of a hectic period. Charlton took the lead on the half hour with Morrison heading it past the keeper after the ball seemed to hang around the six yard box for an age.
Brentford could feel hard done by a little as they had defended well up to that point. Charlton's defense was just as good though with the new partnership looking strong and Solly and Wiggins both on form.
A second goal however was always needed as Brentford sensed there was an opportunity to claw something back.

The temperature rose in the second half with Yann Kermorgant hitting the post and, much to the disgust of Chris Powell, Rhoys Wiggins getting booked for time wasting whilst waiting to take a free kick.
Danny Green finally put the game beyond reach on ninety minutes when he came inside his man and slotted the ball home. As you'll read in a second, i was glad to see him get on the score sheet.
Another note was Leon Clarke getting a 10 minute run out for a debut, he got a better reception in real life than he did on the Charlton forums!

In the Rose of Denmark i saw the good side of our support. Great people with hearts of gold that I'm proud to call friends. Every single one of them would go out of their way to help another addick, no matter what their dress, accent or general mannerisms.
In the upper west i saw the bad and the ugly.
Behind me were a family of three, mother father and daughter. To give you a clearer picture, the daughter was older than me and the mother looked like she was chewing a wasp. Throughout the whole game they moaned. Danny Green couldn't do a thing right in their eyes and i got the feeling this wasn't a one off with him being their regular recipient of disgust. During the whole game they never had a good word to say grumbling about every pass and every set play Charlton attempted. Not once did i hear them get behind the team!

Although irritating, i can put up with what i call 'bad' support. The ugly however is another matter.
One upper north vagrant chose to sit next to me second half. He came over on his own (not surprisingly) and used the foulest of language for forty five minutes. In the heat of the moment it's forgivable to let the odd word slip, it is of course a working class game. When it's constant it becomes quite offensive.
In front of me were a middle aged, middle class couple, real stereotypical west standers. These people pay their money and enjoy their football like we do. They may show it differently but they have every right to enjoy it in a comfortable atmosphere.
So when they asked this monkey to tone it down a little, the verbal assault they received was horrific. I tried to help and got a mouthful myself. I wanted to move but felt compelled to stand my ground in case this couple got more of the same and needed some support.

On leaving the stand, he started again at this poor couple giving them the impression they weren't worthy of being there. Pot kettle and black eh?
I personally don't believe in evolution, being a creationist, but if I'm wrong and evolution was the way, this character was left well behind. He wasn't even a kid either, this man was my age and definitely old enough to have learnt how to behave in public.
On my journey home i was wracking my brains to think of an occasion when I've been this embarrassed about a Charlton 'supporter'. I couldn't think of one, not to this extent.

Upon leaving the stand i caught up with this couple and had a chat with them. I felt the need to apologise for the monkey and explain how not all north stand supporters are this mentally disabled. I explained how the majority of fans who travel home and away are decent folk and full of respect for all football enthusiasts.
I should NOT have to stand on the steps of The Valley telling Charlton supporters that Charlton supporters are nice people. It was, for me, a sad day.

Hopefully that will all be water under the bridge (poor poor pun, sorry) as we look forward to a journey down the Thames and a break from the important stuff and enjoy a day out at Premier league Fulham in the FA cup on Saturday. With 7000 Charlton fans going it's going to have a real party atmosphere and a day out to remember.