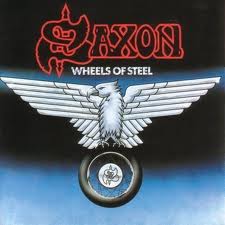 After a defeat in West London last Saturday, it was important Charlton roared into the steel city firing on all cylinders for this top of the table clash. The distraction of the cup behind us, it was back to what matters and the first of two really big tests.
A chance to shout our dominance to any pretenders thinking they have a claim to the title, while puncturing the wheels of Wednesday's challenge in the process.

It was a return to Hillsborough for Michael Morrison, an opportunity to show the blue supporters of Sheffield what a giant of a player he is developing into in SE7. Another former Owl, Leon Clarke, was on the bench. The old boys club was evident the other way round as well though, with former player of the year Jose Semedo starting, and the enigma that is Nicky Weaver between the sticks. New addition Miguel Llera began the afternoon in the dugout with the prospect of facing us for a second club this season.

Morrison and Clarke may have made it to Hillsborough, but plenty of travelling addicks didn't. Troubles on the trains meant many had only made it as far as Leicester by kick off, some were further down the line. I've seen on twitter that the fortunate of these fans made it for the second half, I'm guessing plenty didn't even witness that.

As much as I'd have loved to gone, i had to work the morning and settle for listening in on CAFC player, as it turned out better than being stuck on a train and missing it all. Unless of course you're going to listen to the Palace Leeds game, then perhaps the train is quite enticing!
Fortunately the match coverage was quickly fixed by those in the know and we settled down as we often do, our nerves on edge. Due to work i often have to listen in on games this way, i never enjoy it!

The commentators were quick to say how Charlton were looking the better of the two sides, but with the noise of the crowd behind them, every Wednesday attack had me on edge.
Just before the half hour Charlton marked the bosses first year in charge with a delightful free kick from skipper, Johnnie Jackson. Worthy of gracing any Premier League game they said, upon seeing it I'd have to agree. As pleasing to watch was the celebration, as Jackson ran into the arms of the coaching staff on the sidelines. The desire and passion was there for all to see. We were going home with all the points, we just didn't know it then!
Powell loved the attentions of his captain after the goal went in, the attentions of opposition manager Gary Megson however were not so welcomed. On more than one occasion words were exchanged and Sir Chris had to wave Megson away.

Half time came and in true rock and roll style i departed to the kitchen to wash up the lunch things. Minutes later a phone call from the motorcycle shop downstairs, my sink full of water had ended up on their floor. I cleaned everything out of the cupboard under the sink, repaired the broken pipework then mopped up the puddles all at supersonic speed. I only missed the first five minutes of the second half. Still better than plenty of those on trains!

The second half saw Wednesday (and Semedo in particular) throwing the tackles in, and the age old tactics of lumping the ball forward. All very Megson-esque! As the second half wore on, the hosts had five playing up front.
This nearly paid off as Rhoys Wiggins turned hero, not for the first time this season, clearing the ball off the line as Wednesday piled on the pressure.
Darel Russell had a chance to put the game to bed right at the death when he was put clear through, but Weaver foiled his plans as he had done to Wright-Phillips amongst others before him.

After an agonisingly long four minutes stoppage time, the ref finally blew his whistle and Wednesday's unbeaten home record fell, leaving just those mighty addicks in League One that can claim that impressive stat.
Four points clear of Sheffield United in second, with a game in hand, and seven clear of third. This was without doubt a big big result, made all the better by hearing Millwall had lost 6-0 at home!

Megson was heard to say afterwards that the race was now on for second as it would take an exceptional team to finish ahead of Charlton. I think that message we set out to impose on the competition has been well and truly heard. Sheffield United won't be relishing the thought of a trip to The Valley next Saturday.

One final note, Jason Euell made his debut for AFC Wimbledon at Port Vale. He came off injured just before the break, but did help inspire them to a much needed three points. The Euell effect.

Football, don't you just love it!

Posted by algordon_cafc at 3:49 PM