We'll saddle for a draw 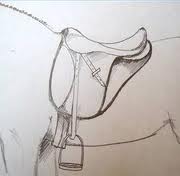 If any of you had seen my tweets from this morning concerning events happening outside my place of work, you'll understand that today was never going to be a straight forward day.
In fact it had been quite a couple of days really.

After my previous post about Gary Speed, we were privileged enough to read in The Daily Mail (if we waited long enough there had to be something worth reading in there) an article by former Addick Leon McKenzie on his battles with depression. A very brave piece by another true Gentleman of the game.
McKenzie is currently with Kettering Town of the Conference Premier division and is about to retire. I believe next Saturday is his last game of football. May i wish him all the best for the future.

Another highlight of the past couple of days has been the double honours picked up by the club. The gaffer, Chris Powell was awarded the nPower league one manager of the month award for November whilst our awesome (and i don't use that word freely) centre half, Michael Morrison, received the players equivalent. Both very justifiable and both very much deserved. Such a shame the former comes with it's attached stigma. Some would say curse.

On then to an away day that, in the current light, many would have expected to win. Walsall (that's in the West Midlands not Poland by the way) and the Bescot stadium isn't however the simplest of places to go when the home side are desperate for points. And believe me, they are always desperate for points.
Last season we faced them on our final away day of the season and had a certain Julian Gray to contend with!

Back to a strong side after the exploits of the FA cup last weekend, the travelling Addicks faithful were in great voice at kick off and were anticipating another goal fest. Tuning in on CAFC player, we were led to believe that there were over two thousand Charlton supporters in the ground. This did truthfully turn into a far more conservative 1065 but that is still fantastic support for two weeks before Christmas, especially considering the current financial climate we live in.

Last season the ageing Jon Macken (ageing, like i can talk...) caused our defense all kinds of problems and it was to be the experienced striker who opened the scoring today. In fairness it came against the run of play. After an initial shot  from a corner hit one of their own, Macken was there to slot the ball home. Charlton weren't happy but the goal stood. Like i say, some would call it a curse.

Walsall weren't going into the break ahead though. Yann Kermorgant headed home from a cross from loanee Hogan Ephraim just before the interval. On the radio they jested about Chris Powell's ferocious half time team talks and how the players were scared of them. I think the Frenchman proved these BBC commentators right.

With the radio mics left on during the interval, us listeners were treated to the directions to the toilets and how these masters of football commentary all took their coffee. Make a cup of tea yourself and you risked missing a genius piece of broadcasting!

The second half saw goal line clearances, the woodwork hit and a good penalty claim dismissed by the referee. Another day could have seen plenty more goals for both sides but it ended 1-1. And a fair result it was too, even if the Saddlers did finish the game with only ten men.
A point away from home is always a point gained in my book and although Sheffield Wednesday won and closed the gap slightly, we are still five points clear at the top. I can think of twenty three teams in our division who would swap places with us.

It was a good winning streak, six in the league and eight in all competitions, but it had to come to an end at some point. Perhaps we can start another winning run next Saturday when we entertain Oldham.

Posted by algordon_cafc at 6:33 PM