I knew getting up was a mistake 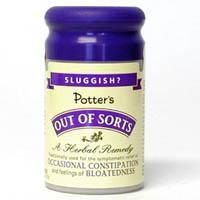 It would appear yesterday that i wasn't the only one struggling to put in a match winning performance. There were times during the morning when my attendance as part of the bumper crowd was in jeopardy, for i was on the road to recovery after a nasty stomach bug that had reduced me to a shivering wreck and bed bound for thirty six hours.

A nice little Charlton win was surely the perfect medicine? In honesty, i nearly turned straight back around at London Bridge and perhaps i should have. The performance on the pitch just added to my discomfort, whilst the half time pie for the best bit of three quid did it's best to completely set me back by a day or two (what was going to line my stomach for a post match pint now?).

Sorry to upset anyone who's job involves the planning of a family day out, but i'm not one for razzmatazz. Cheerleaders, goal music, opera singers, i'm only there for the football so my arrival inside the ground was nicely planned for five to three. The club obviously tried to give all the strangers value for money for their five pounds but even if i'd felt 100% i don't think i'd have gotten too carried away with it. A bumper crowd it may have been, but a large crowd lacking in atmosphere has got to be worse for the team than a small one generating plenty of support.

We started as we did at Blackpool playing with one up front. Even with five in the middle Barnsley had the better of the early stages and at times played the ball around us like it was a demonstration match. I was waiting for the ole's from the good spirited travelling support. Stephens looked like he didn't want to be out there with wayward passes and mistimed challenges while Kerkar didn't seem to have the legs to get through an hour let alone the full ninety minutes.

Don't think i'm picking these two out, we were second best for most of the match, all eleven made a mistake or two, and if Barnsley had shown the killer instinct they did at Birmingham it could have been all over before Gemma Gibbons, the local lass who won a medal in the Olympics, was paraded on the pitch at half time. I didn't see her, i was battling a rubber pie at the time.

Two changes by Chris Powell at the interval saw us start the second forty five in a far more Charlton like 4-4-2. Still we struggled. Barnsley had a little blonde haired lad, David Perkins, who was in the middle of everything. He was playing like he wanted to win, that was the difference. They also had Stephen Dawson, their number seven, who had a solid game with a strong tackle and great ball distribution. On top of this he wore plain black boots, i had total respect for this chap, well until that is he made a meal of a challenge, took forever to go off limping and was sprinting five seconds after coming back into play. Why do all the other 91 league clubs deploy this tactic?

The Barnsley goal was well finished from a very tight angle but Danny Green's mistake let them in. It looked like a slip rather than plain clumsiness but Tomasz Cywka capitalized and finished impeccably.

We had some half chances, a good penalty shout, a six man rugby scrum on the goal line where the ball went close to crossing it but nothing that looked of any real quality. Ricardo Fuller was guilty of one or two step overs too many every time he carried the ball into the box and even when we did manage to gain some kind of forward momentum the referee did his best to stop play and resume it in the opposite direction.
Fuller would make it to the final whistle but certainly was carrying a knock by the end of it. Probably the last thing the gaffer needed.

I'm always short on patience when ill, i'm sorry if this seems negative but i certainly felt negative at the time. These promotions always seem to backfire on us, but on the plus side if there was a future generation of Addick in the crowd yesterday they'll certainly know what they're letting themselves in for, and hopefully how addictive it is!

Leeds away Tuesday, i feel a little more positive when we play away this season but home form is crucial for survival. Time to roll our sleeves up, push on, and take a leaf out of the blonde lads book. Lets at least look like we want to win.

Posted by algordon_cafc at 5:08 PM