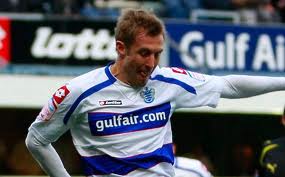 Chris Powell has dipped into the loan market twice since our match with Blackburn. He's strengthened two areas of the park, one that's come under criticism of late and one that's been plagued by injury.

It's a real mixture of youth and experience that's arrived at The Valley with an exciting young midfielder and a proven old head up front.

Abdul Razak signed just after the match on Saturday having watched the game from the stands. Very highly rated by his parent club, Manchester City, the nineteen year old has already won his first full cap for the Ivory Coast.
Having had spells on loan for both Portsmouth and Brighton on the South coast, he's now set for three months in the capital, a City he knows well after starting his footballing career at Crystal Palace.
This should prove to be some valuable match time for the young midfielder as i expect chances at the City of Manchester stadium will be few and far between.

Monday lunchtime saw the anticipated announcement of the capture of Rob Hulse from Queen's Park Rangers, again on a three month contract.
With injuries to Yann Kermorgant and Danny Haynes, and Ricardo Fuller suffering from a virus, Charlton were very short on cover in attack.
Hulse, a player with top flight experience, has spent large portions of his career at this level affirming himself with the likes of Derby, Leeds and West Bromwich Albion.

At 32 his legs may not make a full ninety minutes but he will make the perfect impact substitute. And measuring over six foot tall he'll also be perfect for the long ball tactic we practiced on Saturday!
Without a squad number at Loftus Road for this season, there's every chance his loan could either be extended or the move made permanent at a later stage. Rangers have made it clear to the player he has no future there. If ever there was an excuse to make a good impression.........

Both players will be in the squad for tomorrow's visit of Watford.
Posted by algordon_cafc at 1:51 PM