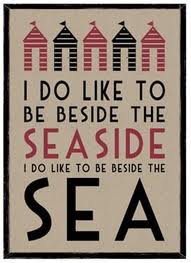 It's been a funny old week, both for me and my football team. I've had a poor performance with results to match whilst Charlton have played superbly with mixed fortunes.

The dreaded misery that is man flu took it's ugly grip on me at the beginning of the week, assigning me to my bed for a couple of days. It would have been longer if my attendance at work hadn't been vital to the cause on Friday.

I therefore not only missed the action at The Valley on Tuesday evening in the flesh, but i also slept through the radio commentary too!
I took from the game that Charlton bossed the majority of the match, despite the 1-2 scoreline, Watford's Italian contingent did a fair impersonation of Tom Daley, and finally, we really need to take our chances at this level.

A trip to free scoring, high flying Blackpool was just what we needed then. In some respects, there was a little less pressure on us to get a result than there was on Tuesday, but two good performances at home still count for something. We would either get the reward these showings have been promising or we'd get a hiding.
I hate to admit it but i was expecting the latter.

Chris Powell decided it was time to shake things up a little, most notably by dropping Bradley Wright-Phillips to the bench and switching to a 4-5-1 formation. New boy Abdul Razak was his replacement coming into the centre of the midfield.

Charlton's solid performance was back and on display in the first half but once again the chances came and went. Fortunately Blackpool were wasteful with theirs too. Ricardo Fuller came the closest when his header came off the underside of the bar. That was the best moment of the first forty five.

The worst moment once again involved a players personal misery. We'll have to find space in an already crowded treatment room back in the capital as Danny Green came off after only around twenty minutes becoming the latest member of the Charlton cripple club.

It was the second period when things really came to life. Only three minutes in and Charlton were in front. Leon Cort once again found the net with his head from a Stephens corner. The Charlton traveling support were, for not the first time, coming through loud and clear on the radio (were there any home fans at the game? It sounded like Craven Cottage), and twitter was already full of tweets urging us to hang on! We really don't have too much faith in holding onto a lead.

We did hang on though, Fuller giving a professional display up front warranting a man of the match accolade. Charlton wrapped it up as Chris Solly scored the second with a sweet right foot drive from around twenty yards out.
As they quite correctly mentioned on the radio, it's a goal that ,with time, will be noted as being further and further out.

The emergence of both 1998 play off final veteran  Kevin Phillips and the very talented Tom Ince off the bench failed to inspire Blackpool to a comeback and Charlton clung on (as we do) to three very welcomed points on the road lifting us to a much more respectable fifteenth in the table as we go into an international break.

After a week of Chris Powell receiving criticism from a certain portion of the Charlton support he's shown that he's quite happy to drop a 'name', quite prepared to try a different approach and quite correct to tell us all to have patience.

I believe he knows what he's doing, i never doubted him for a moment. Honest.

Posted by algordon_cafc at 6:11 PM