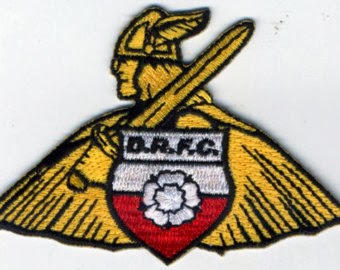 Forty eight hours of happiness, then it's back to the gloom. A cup victory followed by an encouraging fifth round  draw has soon been forgotten as league form and club politics have once again hit the headlines.

Last night's trip to fellow relegation threatened Doncaster Rovers proved to be more of a washout than the first meeting of the clubs at The Valley late last year. This time however Doncaster's three goals all counted and it wasn't a sign for the referee to bring proceedings to a premature halt.

An uninspired performance, after the first goal Charlton rolled over and conceded defeat and now, nearly twenty four hours later you get the feeling the club have done the same off the pitch as well as on it.

At the final whistle Yann Kermorgant waved and clapped the visiting supporters with more than a hint of finality about it, today it seems certain a reported half million deal has been agreed with AFC Bournemouth. The Frenchman is certainly knocking on, he isn't a twenty goal a season forward and on the face of it it's not a wholly bad piece of business; if we had strength to replace him. These kind of deals could cost a lot more than five hundred thousand in the long run; what price can you put on relegation? The other interesting fact is that it appears this is the doing of  Roland Duchâtelet and not the wishes of the player or even Chris Powell who appears to have been told of the news as Kermorgant boarded the coast bound train.

How much influence does our new owner have with player selection? It now seems he decides who goes as well as who arrives. Anıl Koç is a young player who has arrived this week from Standard Liege, Duchâtelet's flagship team. A youngster, Powell admits his six months here will be spent in the under 21's; useful to our relegation avoidance plan then. Today we signed on a three and a half year deal Loïc Négo, a full back from Hungarian side Újpest; another European member of Duchâtelet's footballing empire. No matter how good this lad may be, the circumstances surrounding his arrival could possibly tarnish his time here.

Simeon Jackson's name has been banded around with the usual carefree January transfer rumours but I'm expecting a more likely announcement to be that of Reza Ghoochannejhad joining the club. Also a striker but this lad has the advantage of his registration being held by a certain Standard Liege. Remember how we all pointed our fingers at Watford as they became the Udinese reserve team?

We are also aware of Dale Stephens probable departure, Brighton seem very keen and there are suggestions Michael Morrison could also be attracting serious admirers; Celtic are known to have been watching him. Roland has probably already got a replacement or two lined up and will inform Chris Powell just as their plane is touching down on our green and pleasant land.

When Duchâtelet first arrived it is known that Powell put new contracts very high up the agenda,  followed closely by a playable pitch. The first point seems to have been somewhat overlooked, the second addressed too late to save the Barnsley game and fortunately for us we've just had to host the one cup match since.

Posted by algordon_cafc at 7:17 PM