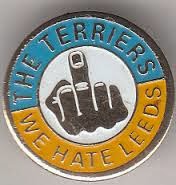 Has there ever been occasion before when the only upset from the sixteen cup matches constituting the fourth round of the FA Cup has been the holders getting through?

A week of football that has seen us beat two and discover a third opponent in this prestigious competition, cup fever has certainly hit our part of South East London to a degree not seen for far too long.

I'm a huge fan of the cup, the extra preliminary round, the third round draw, the sunny final in May with hours of build up, I love every moment of it, even if it hasn't always been that kind to us. You could be forgiven for immediately groaning as the last two draws have been made; trips to the two clubs we escaped from League One alongside. Away from home though we currently stand far more chance as round three proved.

After a scary start we pulled Oxford back to a draw in the much delayed first outing of our assault on the trophy, but on Tuesday, on a proper playing surface, we looked far more professional as we ended up strolling into the fourth round and a third visit of the season to Huddersfield.

I've had some great away days in the cup following Charlton, a quarter final defeat at Bolton Wanderers with charging police horses, a dramatic victory against then Premier League Coventry City and more recently a fine day on the ale at Fulham. But as I'm older, married, working on Saturday mornings, boracic and to be honest just a tad lazy, I wasn't going to seek permission, take a day's holiday, borrow some wedge and get off my posterior to see a third defeat of season at the home of The Terriors.

How I wish I had, and i doff my cap to those that did, just to have seen young Harry Lennon appear from the bench to make his debut to the tune of "He's better than John..." Superb.

Before kick off I was bemoaning the departure of Michael Smith to Swindon Town to a friend. Chris Powell had said that the young lad needed week in, week out first team football. I'd have let him have it over Church and Sodall gladly, and of course he scored the first of two debut goals on the half hour and my theories were confirmed. How was I to know Simon Church would cap off a fine Charlton passing move later in the afternoon to seal our spot in the last sixteen?

As games go it was no classic, the talking point being a rash challenge or two from Dale Stephens culminating in a mass brawl which also saw Michael Morrison have his name taken for squaring up. The tackle on Adam Hammill was, on further viewing, dangerous and deserved far stronger action from the official. Comments Hammill said himself in a roundabout way on his twitter account; these were accompanied by a photograph of his knee which had swollen up like a barrage balloon.

To the fifth round draw then and I, like every other Charlton fan, was glued to the television having watched Chelsea stroll past a lackluster Stoke to join us in the last sixteen wishing that rather than a needless interview with Frank Lampard, Adrian Chiles would just hurry up and send us to Wembley to put pay to this uncontrollable excitement.

Citeh got Chelsea, Arsenal got Liverpool, I feared our big fish was going to be Cardiff, no disrespect. Even they came and went dragging Wigan with them. Out came Wednesday next and I knew, just knew that the number four ball was to follow.

It's a very winnable game, a very real chance of making the quarter finals and then we're just ninety minutes from Wembley.  When I watched Whyteleafe in the extra preliminary round the lads there had a tin foil cup, I wonder if they still have it? I'd love to hold that aloft in England's home of football wearing a huge rosette. Daft? Perhaps, but didn't Harry Lennon once sing "You may say I'm a dreamer, but I'm not the only one"?