Just another week in the life of Charlton Athletic 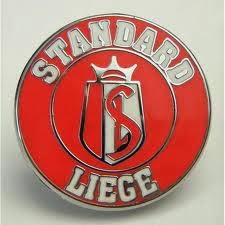 We are promised excitement, but have been delivered the opposite. Very early stages they may be but how welcome the news of this new adventure is this week considering the latest on pitch (or more precisely off pitch) developments.

Friday morning saw our FA Cup fixture  against Oxford United called off, the first of the weekend's fixtures to fall foul of the persistent wind and rain. A collapsed drainage system at one end of The Valley is said to be at blame, the embarrassment though stems from the game being called off twenty four hours before many non-league fixtures.

A dome tent has now been erected on the pitch but far too late to save the midweek fixture and Wednesday's rearrangement has therefore also been axed. If Saturday's league game against Barnsley also fails to go ahead we'll have been without competitive football for two weeks. At least the postponement guaranteed our name going into the fourth round hat.

Sunday saw the draw, and our reward(?) should we finally get the chance to defeat Oxford will be yet another trip to Huddersfield Town. There have been many stories in both the back and front pages of late regarding match fixing. Has anybody thought to bring draw fixing to the attention of the FA?

Under normal circumstances these events would have deflated even the most upbeat of supporters, but, like Paul Lambert, Addicks up and down the land have this weekend seen the prestigious cup competition as little more than a distraction. The only thing on the lips of the fans at the moment is new owner Roland Duchâtelet and what impact his regime will have on the club.

News of the Standard Liege owner's company, Staprix NV purchasing the club broke over twitter on Thursday evening, and was followed by the clubs official website on Friday stating that Richard Murray was to stay on as a non-executive chairman whilst Slater, Jimenez and Prothero were departing.

We saw this news coming, what we didn't expect was the news that followed shortly afterwards. Astrit Ajdarević a young Swedish attacking midfielder has to come to SE7 on a six month loan deal from, yes you guessed it, Standard Liege. A player and a large tarpaulin, things are moving quickly under our Roland.

Ajdarević, who will wear the number 42 shirt should we eventually take to the pitch again, has FA Youth Cup honours with Liverpool, international recognition with Sweden at all youth levels, and a working knowledge of our manager through their time together at Leicester City. The first of a new foreign influx of players we can't pronounce?

There is black and white proof that Duchâtelet comes into clubs and shakes things up his way, selling the stars for big money and changing managers like he does his socks. We can only hope his cheque book is sitting willingly upon his new oak desk and the inkwell is full. If we don't have on pitch action to indulge in, news of continual contract signing will be more than welcomed.

Chris Powell will be hoping he has the rest of the season to prove his worth, Roland can't help but have noticed how loved the manager is by the supporters. Should he eventually decide that a change is needed, he couldn't begin to compete with Millwall in the farcical stakes. Even Vincent Tan would struggle to match the appointment of ex-Palace boss Ian Holloway at The New Den as a replacement for Steve Lomas.

As we embark upon a new and hopefully fruitful chapter in this football club, it is bracing to know some things will always remain the same. Continued opportunity to laugh at our rivals.