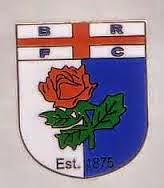 They're everywhere you look. If we draw on Tuesday and Birmingham lose, if we lose on Tuesday, other results go our way and we snatch a point at Blackpool, If we win... So many scenarios yet it all remains undoubtedly in our own hands, we don't need to rely on anybody else. But I expect we will in the end.

After the Easter Monday victory at Sheffield Wednesday, we had every reason to be expectant of an equally passionate performance yesterday with the possibility of actually securing safety and putting this rather frustrating season to bed. In reality Charlton didn't turn up, they played during the first half some of the worst football I'd seen all season at any level and left us still unsure as to where our future lays for the next campaign.

Sordell was a hero Monday scoring a fine hat trick leaving his doubters (including myself) to eat large slices of humble pie. It certainly showed the potential that others have seen in the player warranting high transfer fees and ludicrous contracts yet it was, for us, only a blip on what has been a rather lackluster loan spell. Still flavour of the month with the fickle hoards of Charlton tweeters, he won a softish penalty that he then chose to take himself. True his eye had been on goal of late but we have a recognized penalty taker in Johnnie Jackson and at a goal down in such a crucial end of season tie I'd have expected a captain to assert his authority, do his job and take the shot himself. As it was Sordell played the ball lamely down the middle to a waiting Paul Robinson in the Rovers goal.

It wasn't just the Bolton man who had a bad day at the office. Callum Harriott had a shocker, Morgan Fox looked completely out of his depth, Chris Solly seemed a long way off from being the player he was before the injury and Ben Hamer never looked in command of his goal. Those I haven't mentioned weren't really any better.

At two down just after the break plenty around me left for the pub, it was a tad early in the match for me but I have to say I was tempted. Sordell pulled one back for the home side and briefly looked determined to repeat history and reproduce his results from Monday but Charlton's best period of the game soon dwindled out as the home side once again choreographed their own downfall as comical playground defending gifted rovers their third. That penalty miss just before the interval certainly proved to be a game changing moment. By the end we introduced Reza and Church to aid Sordell but they all chased shadows in a weak attempt to find an elusive goal. Blackburn took the three deserved points to keep alive the faintest of play off hopes whilst we sloped away quietly licking our wounds.

Duchâtelet had better get the cheque book out in the summer, if we do survive you feel we'll be going through all this again next time around and if we don't this lot couldn't score their way out of League One. I'd like to think the owner would put some of the five million refund he'll receive from relegation back into the squad.  Fortunately Blackpool were the only side below us to win, Barnsley secured another relegation spot alongside Yeovil, so with three others below us the permutations from the fixtures left do appear to favour us. Charlton are bound to take it to the wire though, it wouldn't surprise me if at least three different clubs at some stage occupy that last spot on the 'live' table next Saturday afternoon.

After a good Easter weekend of non league football it was almost with some reluctance that I headed to The Valley. If it wasn't for the time with cherished friends the day would have been far worse. We sat in The Pelton Arms in Greenwich (a wonderful boozer that has somehow eluded me all these years) and it dawned on me that the game really isn't the best part of the day, far from it, and how long has it really been since the actual football was more than just a mere excuse to catch up with your mates? That matchday camaraderie is possibly the only reason holding me back from transferring to non league for good. News that will please the lads at Horley Town who got their survival bid back on track with a much needed 3-2 win over Frimley Green in the Combined Counties League. I am without doubt a bad luck charm on them as my presence almost assures defeat. Fortunately I can't make their last two fixtures so they can enjoy firing their way to a couple more end of season victories over the next few days. Charlton could do with taking a leaf out of their book starting with the Watford game on Tuesday.

Posted by algordon_cafc at 2:30 PM