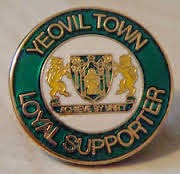 Usual please. Words I uttered to the chap in the off license as I bought my Polish lager for the train journey and words which embodied my hopes for the evening's footballing entertainment ahead of me; the now traditional one nil Tuesday night victory would suit me fine. As I sank deeper into the lager on a train which dragged its heels stopping at every outpost from Croydon to London Bridge, my nerves were starting to be replaced by frustration as kick off loomed closer. It would be skittish at best watching the edgy six pointer, but the not knowing what was happening as I waited for a connection would certainly chip away at me resolve. There was nothing for it, I was going to have to, more than once, hold onto my hat and break into a jog.

I ventured through the turnstile just a couple of minutes into the game, little did I know then that the sprint across platforms at London Bridge would be so worthwhile. Our goal was scored in the ninth minute, I'd have missed it. One nil with eighty to go, the usual and with plenty of time to spare.

It would appear a complete lottery as to who José Riga picks to start up front. Reza scored at Leeds then was dropped for Reading. Church was up front for Reading then absent last night. My guess is hat number one contains formations whilst hat number two accommodates the names, Riga then asks a couple of ball boys to pick at random. Last night it was formation 'two up front' and players Reza and Sodall. No bonus ball.

Charlton commenced battle against a Yeovil side whose kit was far more dazzling than their silky touch on the ball, and backed by a good few hundred that had made the midweek trip from Somerset. Possibly the most important game for both sides so far this season, it certainly started with a flourish. Astrit Ajdarević became the second member of 'the Duchâtelet six' to open his account with us as a superb strike from well outside the area beat everybody and surprised us all with the early goal. We just needed to hang on in there and show the visitors why we have such an impressive  'goals against' column next to our name. With Lawrie Wilson missing, Solly of course long term, it fell to Michael Morrison to play in the right back berth and allowing Wood to come into the middle to partner Dervite. Perhaps this accounted in some way for the shambolic defending that would ensue. Two minutes later Yeovil played the ball out of their area and passed it effortlessly up to our own culminating with the ball nestling in the back of the net. The most telling pass of the lot split the defence open on our right hand side between Morrison and his centre half...

The first half continued in much the same vein. We attacked without danger, so did Yeovil, but our defence made it appear more threatening. A half time beer was needed, this football lark wasn't at all as relaxing a pastime as some people would have you believe. We needed to sharpen up at the back if we were to hold onto this point, Yeovil were in the habit of two goals a game and we weren't due another one until Saturday at the earliest. Our surprise then, whilst releasing the pint we'd just supped was more bewilderment as the roof came off with whoops and cheers. We raced up the stairs (this running lark was becoming habitual) to discover Dorian Dervite had headed home from a corner. Did it matter I'd missed a goal? Not at all as, especially for the latecomers, Sodall of all people added a third two minutes later to send us into dreamland. A deft flick from Poyet released Reza down the right, his cross was parried by the keeper and Sodall was quickest to the rebound. In fact our Marvin would treat us to the best performance of his spell here, tricking his way past defenders. 'Same old Sordell, taking the p**s' sang I!

A fourth goal would have really killed them off but it wasn't to come, instead we dithered and reverted to suicidal defending to give Yeovil a lifeline with a gift of a goal. There was still fifteen nail biting minutes to go. It was all too much for one steward who endured the wrath of one Yeovil player as he kicked the ball away from him. This along with five substitutions (including a welcome return for Leon Cort) resulted in five agonizing minutes of stoppage time. When the referee finally called a halt to proceedings the relief was staggering, it felt like safety was assured but of course it isn't. For Yeovil though I think that could be that.

Two songs from the Covered End were poignant last night. Diego Poyet had another man of the match performance, he proved once again that he's head and shoulders above everyone else on the park and this on his nineteenth birthday too. Finally he was rewarded with a song, 'he's better than Gus' although we soon changed that to 'he's better than us'. The other song that echoed around The Valley hailed the management of José Riga. Now to upset the 'move on' brigade but I still refuse to verbally parade a man who I not only believe to be an interim manager, but who also encapsulates the Duchâtelet theory of maneuvering the club away from independence and into the 'fold'.

Don't misjudge my loyalty. I was immensely proud of the team last night and delighted with the win. There was plenty of Charlton spirit on show from the players. However a club tie and a few wins does not instill that spirit into a man in just a calendar month. We may well go on to survive to play Championship football again next season, although there's still plenty of hard work on the pitch to be done, but in the long run there remains a far bigger and graver danger which ultimately could test that spirit in each and every one of us.