Reading between the lines. 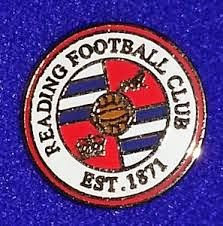 A point lost. There can be little claim that Charlton deserved a win yesterday, and when Reading broke up the other end and finished with great aplomb, a win became two goals and therefore impossible to achieve. A point though was attainable and if we had shown some of the confidence Danny Williams possessed it could have been so different.

As usual the final ball lacked not just quality but substance. Charlton attacked time and time again during the first half but struggled with too familiar predictability to find any killer instinct or threatening edge when approaching the Reading area. This was all a far cry from the euphoria of Tuesday night and the trip to Elland Road.

At Leeds, admittedly like Forest a club in turmoil and free fall, Charlton gained an encouraging three points due to first, a sublime first goal for the club from Dave (Iranian Reza Ghoochannejhad), no doubt in the process ruining the club's goal of the season event as a competition in one foul swoop, and then secondly the spirit lifting penalty save from Ben Hamer at the death. Hamer would once again perform heroics as he spectacularly saved a Reading shot in the first half whilst still level, yet Reza found his reward for Tuesday as a place on the bench. Any real chance of carrying the winning momentum forward from Leeds was always going to come to an abrupt halt upon discovery of our sole attacking threat being Simon Church. The chances of him scoring against his former club mirrored my own at picking the winner in The Grand National.

When Reza did get his opportunity from the bench he snatched at his chances and showed little of the composure on display at Leeds. His fellow substitutes showed little more, Obika looking a shadow of the player we saw last time around and as for Manchester United's Davide Petrucci, you have to ask yourself why we would at this late stage of a season take on board somebody who looks out of his depth and far from match ready. It was his mistake which led to the fateful Reading break, an unfortunate assist although he cannot be blamed for them going on to actually put the ball in the net. We can see the team are tired from their twice weekly routine, but surely the squad is big enough to not warrant such mediocre loan signings? Andy Hughes, Mark Gower? Where are they when they could do the job. Even Danny Hollands down at Portsmouth has as much to offer at the moment as young Petrucci.

Back at The Bunch of Grapes we concluded that  José Riga must have already decided which games he can get the required number of points from and will attack those while aiming for damage limitation in the others. It was obvious that the game at Derby County, a place Millwall saw success whilst we were at Sheffield, was not seen as a point hauling match, the same applies for yesterday even though for periods you'd be hard pushed to tell whether it was Reading or Charlton in sixth or twenty first. This is a dangerous game to play with possibly catastrophic consequences, helped less still by Millwall and Yeovil picking up unlikely victories once again to keep the pressure on.

There has been plenty of discussion on how Riga's points total fares against Powell's and I don't intend to keep harping back to 'the good old days' but I'd be more inspired by this head coach if I believed he set out to win every game. Deep down I don't suppose we'll see him next season, I think he may well only be here for the short term to maneuver this particular ship of Duchâtelet's onto the owners preferred course before setting sail next season with a more permanent member of his admiralty at the helm. Riga I believe could be seen as Roland's troubleshooter and will move from ship to ship deploying lifeboats as he sees fit.

With no disrespect to Yeovil, never would I have conceived such a fixture as we have this coming Tuesday could be viewed with nervous apprehension. I can only assume (and pray) Riga sees this match as a point gaining exercise otherwise as I leave for the Lake District on Friday it won't be for the week of relaxation I envisaged but another week of stress, disbelief and upset.

Posted by algordon_cafc at 2:44 PM