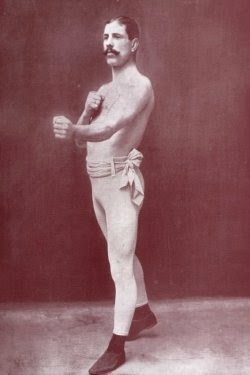 It was reminiscent of Fulham the weekend before, the slow lazy start, giving the opposition the invitation to lead, requiring a fiery half-time team talk to produce some passion. The difference being Fulham have a new found will to succeed, Sheffield Wednesday are just treading water.

Michael Morrison had made an escape to Birmingham City during the week to find himself a couple of months first team football, his place on the bench quickly filled by a former American international centre half, Oguchi Onyewu. A former Owl himself, he has signed up for the two months Morrison is away but being without a club could very easily make that contract a lot longer. There was to be no dream debut against his former employers yesterday though, and in case you were wondering how he happened to find himself at the Valley, you'll be none too surprised to hear the club he enjoyed his longest ever spell at was of course Standard Liege.

Having impressed during a late cameo at Craven Cottage, Karlan Ahearne-Grant was rewarded with a home start although he would only last the first half, while Yoni Buyens and Rhoys Wiggins both returned to the starting line up. As my ageing eyes testify, they are all quickly becoming little more than red shirts to me now; Ahearne-Grant was as I said replaced at the interval by Johann Berg Gudmundsson, and I could have sworn the number seven had been on from the start! Later when Igor Vetokele received the ball in the centre of the box to slide home a much deserved equaliser, I thought it was Cousins and not Wiggins that had made a darting run up the left flank beating men as he went before executing an inch perfect ball to the returning super sub. But this was all a million miles from what we had to suffer during the first forty five minutes.

It may have started briskly but that didn't last long giving way to plenty of stoppages interspersed with Wednesday attacks helped by a referee who wanted to touch the ball more regularly than our midfield. When they did score it was former Real Madrid man Royston Drenthe winning the ball just a couple of yards into our half, then running with it not so closely watched by Wiggins (I'm pretty sure this time) all the way before shooting home to the delights of two ends of the ground.

Wednesday had brought a good number, they always do, but there was certainly room to accommodate a couple more bums in the Jimmy Seed stand. One Charlton supporter though thought it wise to let a couple of travelling Owls sit next to him in the Upper North, it was around this stage that they were discovered. Now it's not much fun being in the wrong end, I witnessed a Sunderland lad get walloped at Wembley in 98, I had an awful time at Elland Road back in the terracing days of my late teens that I'd never wish to repeat, and I was never part of a mob 'taking an end' when that was all the rage. But these lads yesterday were certainly made to feel unwelcome when they showed glee at a time all when around them had their head in their hands.

It would turn comical, once upon a time a burly fellow would have marched straight up to them and helped their speedy departure from our midst, not now. Lots of shouting, gesticulating and name calling but little action although some were quick to find a steward and tell on them. It's a family club and all that, I know it's polite to warn the authorities and let them do their job, but I can't help feeling there was something a little embarrassing about the whole situation. But don't despair, there really was a Charlton legend on hand to give each one of us a lesson on class. The three culprits were escorted down the staircase and were about to depart for the concourse, but in their way was one grey haired old gent. He quickly adopted the pose before letting fly with a good old fashioned punch to the nose, and it rocked it's recipient. The fellow then calmly just sat back down, his work done. A quality moment I shall never forget. What a firm we must have had back in the sixties with this Gent at it's helm!

The second half as I previously mentioned found us deploying more of a threat going forward, corner after corner we certainly had the visitors worried but once we found the goal we failed to really push on and finish the job. Tucudean delivered his customary overhead kick attempt a fair few feet from the ball, Wilson found the net only to be denied by a linesman's flag, and for all we threw at them they looked just as likely of snatching something when opening us up on the break. The result was to be expected, these two teams had become the draw specialists of the Championship and it's a long time since Wednesday have returned from these parts without anything to show for their efforts.

Remember Jose Semedo, the former Charlton player that bled red and white? Well he was in the Wednesday team yesterday, although I wasn't aware of this until the eightieth minute when someone pointed him out to me. Perhaps I need to move my seat a little nearer the pitch. Not too close to our geriatric hooligan though, I'd be too scared to enjoy the match each week!


Posted by algordon_cafc at 6:04 PM No comments: