As catchphrases go, Jimmy Greaves had one of the best. Everybody uses it and in every possible context. Whether the former England international knew it or not, he certainly coined a phrase that can be, and indeed is, used in all aspects of life.
As Charlton start their summer clear out, you have to wonder how some the young lads will react to becoming free agents. Take Ross Worner for example. A funny old game for sure, and what a difference a season can make. 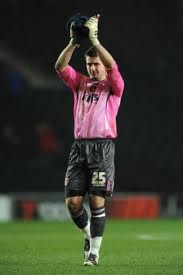 Can you imagine being at work and a company coming in for you, offering you a position that you've always dreamed of. Not just any company, but one of the national ones. They've seen what you can do a local level, been impressed and felt you trustworthy of a place on their team with a view to building them up. So you work your socks off for the next nine months giving it your all, and those who've seen your work praise your efforts and results. However, half way through this period of employment, your boss (and his bosses) have changed. Now your face doesn't fit and they aren't so sure you are in fact the best man for the role. So it's a wave goodbye and some serious CV writing in the hope you wont be joining the dole queue for too long.

I realize that a goalkeeper aged 21 is about equivalent of a striker aged 16, but that's still got to be some disappointment for the young lad. Last August a dream move from Woking to the Addicks, this summer an unknown future. Like the TV pundit said to his companion the saint, it's a funny old game.

Of the four that have so far left, Ross was the only one I've seen play. Lewis Perkins is a striker i know nothing of whilst midfielder Alex Stavrinou had some great reviews from Ebbsfleet where he'd been out on loan. Tamer Tuna is the fourth. For the simple fact that he has one of the greatest names I've ever heard, i am going to miss him, and he scored a first team goal for the club! The songs we could have come up with for the boy!  The mind boggles. As Hamilton Academical's most famous fan would have said, it's a funny old name game!

Rumours are of course rife. Kyel Reid's departure seems to be the most common. In all honesty, it wouldn't surprise me. He is in receipt of one of the bigger pay packets and although being quite a gent, does i feel seem to have been a bit of a luxury player this season. With young Callum Harriott waiting in the wings behind other wide options, i can see Reid's wages paying a couple of future league one Addicks.
Bessone appears to be on his way out of Leeds and has said of his wish to sign permanently in SE7. A nice week in Spain pre season with the club might be a lovely little sweetener?
Rumours of John Still replacing Chris Powell are however complete nonsense. Even that former Tottenham and Chelsea hit man wouldn't have fallen for that.

As i said before though, it's a funny old game can be applied to life as a whole. Things far more important than football are on the horizon for Heidi and myself.
Our desire to start a family has been hampered as many of you know by certain biological problems. Tests have been carried out, courses of drugs have been taken, all to no avail.
The thing is, ever since we started trying, just about everyone we know seems to be falling pregnant or giving birth. Shut up Mr Greaves, not now....... Strange how it goes though isn't it? 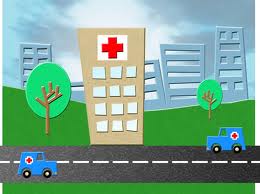 So tomorrow Heidi goes under the knife. I'm nervous enough, Heidi even more so. But we have great trust in the surgeons and great faith in the Big Man upstairs. Not to mention a wonderful team of friends praying for us.
Heidi will need a few days of being waited on hand and foot. I'll be cooking, cleaning and generally doing all the things i promised her in my marriage vows, proving to her (and just as importantly myself) what a great husband i can be. If i end up hand feeding her grapes though, i know she'll have taken advantage of the whole situation!

So I'll be out of circulation this weekend. Yes, I'll be a little disappointed to be missing my chance to be part of Charlton Live this Sunday, especially now I've heard i could have met my all time number one Addick, Mr Eddie Youds, as he's the guest! (funny old game my arse!)
Even church on the Sunday morning isn't a definite, thankfully i wasn't scheduled to be part of the children's ministry team this week. On the plus side, Heidi can't drag me round any boot sales this weekend........come on Jimmy, that's your cue....................

So it just remains for me to say thanks to everyone for the support you've given us, i pray that soon I'll be able to give out some great news about a very successful operation.