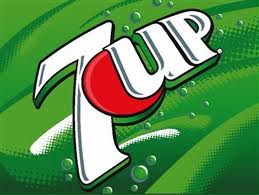 Seven games to go. As much as I've enjoyed this season, i can't wait for it to end now. Everything had been better than we could have dreamed of............... and then we entered March.
All sides have little off spells guaranteed, but why do Charlton always wait until the home straight?Chris Powell knows this all too well from his playing days.

On BBC's (regional) Late Kick Off programme Monday night he showed little sign of worry though. His appearance wasn't just to make new converts to his large fan club, but also to tell all of the south east how this month has been just a minor blip, and how his team have the strength to finish the job.
Mark Bright alongside him was quick to mention how the fifteen point gap has been reduced to eight. I wonder sometimes why Brighty who is so obviously Palace through and through ever signed for Charlton.

It was a refreshing change to watch this very Palace biased programme hardly mention the boys from SE25 at all. I'm sure somebody at Auntie Beeb will have had words and things will return to normal next week.

Since my last post we've seen a great victory against form side Yeovil at The Valley, followed by Saturday's defeat at the hands of promotion rivals Huddersfield. Oh, and a Kent Senior cup defeat to Dartford.
That of course was a Charlton eleven and was therefore an excellent exercise whilst we wait for a much needed reserve league. I'm told Alonso played but I'm not taking it for gospel until i see photos!

Yeovil saw the Charlton debut for Millwall loanee Dany N'Guessan. Seven minutes in, he kept up a tradition of debut goals by scoring from out wide when his cross found the back of the net.
The boss had deemed it time to change things around in an attempt to get back to winning ways.
Matt Taylor who had had a couple of shaky moments of late dropped to the bench allowing Leon Cort to start alongside Michael Morrison. I'd be quite happy to see these two continue for the rest of the run in, Cort has always impressed when I've seen him.

Wright-Phillips and Russell put the game to bed but it was Yann Kermorgant who shone. His involvement in Russell's last minute third was both controlled and stunning. This was a combined effort and a goal of the season contender.

A knock earlier in that game meant the big French striker would miss the trip to the Galpharm in West Yorkshire. Step up Paul Hayes. Recalled from Wycombe Wanderers, the striker had been on a rich vein of form for the Chairboys scoring, i believe, six in six and walked straight into the starting eleven on Saturday.

Not even the most poetic of writers could dress this up as a good clean contest. Tackles flew in, two of which by Antony Kay niggled Powell so much he felt the need to mention it again on Monday night.
Jordan Rhodes added to his impressive goals tally with a penalty on the quarter of an hour. This was conceded by Darel Russell who had, it's fair to say, a far worse game that the Tuesday before. He was sent off for a retaliation after Kay's second appalling tackle (the first on Scott Wagstaff) on the hour. Agreed, a retaliation is a big no no, but this was on a repeat offender who shouldn't have been on the pitch anyway.

That is all water under the bridge. There are twenty one points available and it's not just ourselves who find it hard to cross the finishing line. Leyton Orient come to SE7 Saturday and we'll be keen on revenge after our visit to Brisbane Road on new years eve. We played that one for nearly the whole ninety minutes with ten men when Ben Hamer was sent off for handling outside his area. Never will revenge taste so sweet especially after Sheffield United's hammering of Jonstones Paint Trophy winners Chesterfield tonight, we need three points more than ever.

If we needed an excuse, or even a dedication, for a win then lets do it Saturday for club director Richard Murray. Recovering today from a minor stroke, the former chairman is Charlton through and through. He has done more for our club than I can put into words and we owe it to him to make his full recovery as stress free as possible. It's still ours for the taking.

Posted by algordon_cafc at 9:41 PM