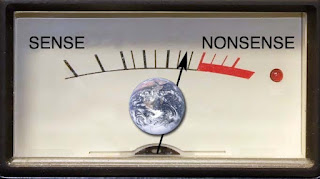 It is of course the great Jimmy Greaves who says that football is a funny old game. Never has anyone been so on the ball about something.

Look at Arsenal in their Champions League tie against AC Milan. The first leg in Italy was, for Arsenal, truly awful. Even to say it was a capitulation would be kind, but then this week in the return leg they came so close to squaring things up. So much so that most Englishmen, other than of course Tottenham fans, felt both proud and sorry for them after laughing the week before.
I very much doubt even Arsene Wenger would have predicted last nights events.

Charlton's last two outings have been equally bizarre. Snatching a win from a poor performance on Saturday, then losing after dominating last night. How can anyone make sense of such logic defying circumstances? It could only be football. As Addicks, we sometimes feel that it could only be Charlton!

The trip to Bournemouth was supposed to be an early idea of what the promotion party is going to be like. A warm weekend on the coast, many Charlton fans making a long break of it, yes, this had all the makings of a festival representing everything that is great about being Charlton.
And although three more points were added to our already impressive sum, it wasn't quite the footballing extravaganza many had hoped for.

The milder temperatures we had witnessed in the week prior to the game disappeared by the Friday resulting in a much colder, and at times wetter, weekend. On the pitch Charlton never really got going and Bournemouth were for large periods the brighter of the two sides.
If anyone deserved all the points you could be forgiven for saying it was probably the hosts but in fairness a nil nil draw was very much on the cards.
Teams that win championships though have, not only a never say die attitude, but also more than their fair slice of luck. Combined, these two elements sent nearly two thousand travelling Londoners home happy as Yann Kermorgant headed home in the last minute of stoppage time.
It was a close call and the ball did cross the line, but on another day we've seen the exact same thing not given.

If we can pull something like that out the hat away from home on an off day, just imagine what damage we can inflict on some poor unsuspecting also ran when we're firing on all cylinders in our own back yard!
Colchester came to The Valley Tuesday evening attempting to become the first side to win a league fixture there all season.

They got off to the greatest of starts with a wonderful strike from Anthony Wordsworth after only five minutes. It was the kind of goal that would beat the best of keepers and meant Charlton had to chase the game from the off. Chase they did though and most of the play was in and around the Colchester half of the pitch.
Chances came and went without the home side making them count until with a quarter of an hour to go a mistake from keeper Ben Hamer gifted Colchester their second goal and effectively put the game to bed. For the record it really must be said that Charlton continued to look for that elusive goal right through to the final whistle, all alas to no avail.
Looking at the stats, it's only the third defeat of the season, and the first at home for almost eleven months.

Fortune does however favour the brave and closet rivals Sheffield United also stuttered going down at Walsall, a second defeat on the spin. This all means of course that we are still thirteen points clear of second and fourteen clear of third. The big red panic button doesn't yet need hitting, although this was a gentle reminder that the trophy isn't yet in our cupboard and a few more results still need to be ground out. I'm no manager but perhaps one or two changes could be called for, just to shake everybody up a little.

Notts County visit SE7 on Saturday and from what I've been reading Chris Powell's team are down in the dumps and ready to put affairs back in order for this one. It really could be a case of back with a vengeance and a possible hammering. I'm not even going to tempt fate and mention any other possible scenarios, suffice to say your guess is as good as mine as to what will happen on the day.
I say this because as we all know, football really is a funny old game.

Posted by algordon_cafc at 4:44 PM