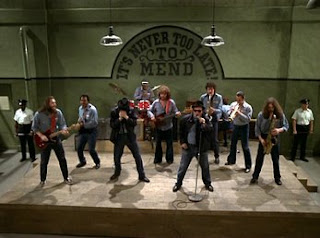 Everybody needs somebody to love, even long suffering Blackburn Rovers supporters. Jack Walker, God rest his soul, and that title winning team must seem a lifetime ago after the Steve Kean and Henning Berg fiascoes. Michael Appleton's introduction to the Ewood crowd could therefore have gone better for all concerned bar the visitors.

With a win rate of under 19% at Blackpool during his sixty five day tenure, marginally better than the 10% of his predecessor in this new post, the Blackburn fans understandably are short on patience. How short was however a little surprising. There can't be many managers listening to the fans boo at half time during their first match in charge. These fans went on to show their feelings with their feet, flooding out of the stadium before the end.

If Appleton had lasted just sixty six days at Blackpool he would have lost to Charlton two weeks on the trot with two different sides. What a quiz question that would have been!

I hadn't realised previously that today's crowd of just over thirteen and a half thousand was typical for Blackburn, I just presumed they got a fair few more despite all the bad feelings. The Charlton contingent, I'm led to believe, was around three hundred hardy souls that had battled the snow and the cold (not to mention broken down trains) for the long trip to Lancashire, the team certainly made their valiant efforts worthwhile.

Putting the FA Cup to one side, Charlton are unbeaten in the league this year having won three times on the spin. Sitting happily at twelfth in the table we are certainly looking above us first before we look below. Days like today are big results, who'd have predicted a win at Blackburn at the beginning of the season?

The game contained a real contender for goal of the season from Dale Stephens. A rather special strike from twenty five yards which, from an audio only point of view, seemed against the flow a little. Blackburn had certainly started the brighter yet failed to convert possession into goals. Stephens definitely put the cat amongst the pigeons with his wonder strike. Not only were the home fans riled, the rumour merchants could get some more mileage from the possible Villa move story all over again.

Charlton should have really made it two shortly afterwards. Jackson and Kermorgant came close but the ball was cleared off the line amongst the melee. These are the moments that so often come back to haunt us, three minutes after the restart Blackburn were back in the race. The always dangerous Kazim-Richards crossed it for Jordan Rhodes to head home into the bottom corner for his fourteenth goal of the season. Not the first time in his career he's hurt the Addicks.

The winner though came fifteen minutes later courtesy of striker Yann Kermorgant. A wonderful cross from Pritchard followed by a strong and powerful header from the Frenchman restored our lead setting up a typical nerve wracking finale for those of us tuned in to the radio commentary.

Sheffield Wednesday come to The Valley next, we could get to February without dropping a point in 2013. When you look at the awful way we muddled our way through December that's some turnaround!

Chris Powell said afterwards that "we were very positive in our mindset and I think it showed today".
I should imagine Michael Appleton is dreaming of the day he can say that.