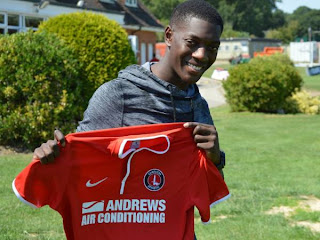 When I was asked to contribute to a Reading supporter's website, The Tilehurst End, regarding our hopes and expectations for the impending season, I secretly hoped my words would be out of date sooner rather than later.

Good old Chris Powell, he always comes up trumps, I'm reminded of Paul McGann and his delight in Jake the poacher, "Good old Jake , let's all have a good laugh eh Withnail, good old Jake he's back." We too have been saved, we were all laughing at ourselves but the gaffer seems to have produced a rabbit out of his hat (or an eel out of his trousers) and saved the day. Chris Powell has sprung to action just when we all thought we could possibly be on the end of a buggering away from home come Saturday.

So, sure enough, the day The Tilehurst End posted their latest article which sees me sweating about our front line, Charlton announce the signing of two strikers. But then we all knew something was imminent didn't we?

In my eyes the Obika situation would have happened weeks ago if it was ever likely too, Fuller was training with us but again would have signed on the dotted line by now if both the gaffer and the player really wanted it. This afternoon then, trialist Simon Church and Bolton youngster Marvin Sordell have agreed terms with The Addicks, the former signing permanently on a two year contract, the latter on a season long loan from Bolton Wanderers.

I'll start with Church (seems a little fitting considering the blogs name), released by Reading in the summer, four years after initially breaking into their first team. A reliable Reading source has told me that after his first full season his time at The Madejski went downhill, he still runs his socks off, works hard but there is very little end result. You'd be hard pressed to find someone in Berkshire that shed a tear on his departure. That said, Powell has been very impressed with his trial and considering the lad was still without a club at this late stage suggests he was desperate for a contract and didn't argue too much over the slightly below average wages I presume we could afford to offer. Church is also, let's not forget, a full Welsh international with twenty two caps to his name. If he can kick-start his career in SE7 he could once again rub shoulders with some of the best in Europe (and Wales) gaining experience and tutorials at every turn. It could be the start of something magical, but then he could be another Luke Varney, time will tell.

Marvin Sordell on the other hand is a real footballing talent, it's just a shame we have him only on loan. I know loan players like to think of themselves as being in a showroom trying to impress their 'real' boss but unfortunately that's exactly where their main interests lie. For their temporary employers, the player is just a stopgap and it's very rare one of these signings adopts the attitude of Jorge Costa and actually starts to bleed the club he's representing. Again though, we've acquired a lad with international experience (England U-21 and Great Britain) and definitely a star of the future. His goal scoring record was wonderful at Watford yet dropped to one in five at Bolton, although he did of course net at The Valley last season. Let's pray Bolton don't endure an injury crisis and subsequently need to recall him by October!

They are two different players with different dynamics and very differing styles, whether they are going to become revered at Charlton remains to be seen but three strikers has got to be better than one. A burning question that seems to be doing the rounds now though is regarding Rhoys Wiggins. Do we need to offload the full back to balance these wages? Let's hope this is just doom-mongers jumping at a sour scenario.

I may hold slight reservations but beggars can't be choosers and although that statement makes things sound a lot more desperate than they are, at least we can start the campaign with a number nine and a number ten listed in the matchday programme.

Posted by algordon_cafc at 7:14 PM