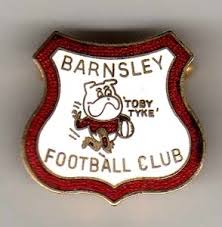 All around the world people were today celebrating the start of the English football season. The FA, in conjunction with Sky, had chosen today to unleash their money making new Premier League campaign on a football hungry public willing to spend their budget on expensive TV packages and lucrative match day tickets.

I had a customer this morning in the bike shop who jubilantly remarked that football is finally back. Staggered, I casually mentioned that the real stuff started two weeks ago, he was completely oblivious. He honestly had no idea, where this chap had been hiding I really don't know, but for a fifty-odd year old man (and apparently staunch Chelsea supporter) to not know the lower divisions had already kicked off, and have no clue which division Charlton played in, I realised the brain washing of the Premier League machine was taking hold. How can someone who claims to "love his football" be so blinkered? I was, to coin a phrase, bloody angry. His motorcycle duly failed it's MOT.

Do these people think exciting football can only happen if multimillionaire footballers take to the pitch? Just look at Reading and Watford today. An end to end 3-3 draw that could easily have been 6-6, Watford did indeed find the net six times only the week before. What about the action at Oakwell today? A home team two goals up, then a spirited fightback sees the visitors claim a point. And this a fixture that saw a 6-0 away win only last season. Yes, I do have a lot of arguments with modern football, but for all the issues with TV companies, club chairman, the FA and like, supporters with their heads in the sand probably wind me up the most.

So Charlton then. Sordell was dropped, shame, Jackson was injured, and we started with a 4-3-3 formation. At half time we were a goal down, ten minutes later it was two. All the comments of  'a long hard season ahead' were fluttering around inside my head. Three played, nil points, both ourselves and Millwall were in danger of going to the fancy dress party as Denmark's Eurovision entry, propping up the entire division. Three played, and beaten by three teams that I really don't believe are good enough for a top half of the table finish, one or two of which could even find life a little harder than that. And then I hear on the radio that there are club's in the Conference that have plenty more in their bank accounts than us. It's looking like it's all over for us already, and according to the media the season is only forty five minutes old!

Football, whether top flight or not, is an intriguing game though, and fortunes can turn on their head in a matter of moments. It only takes a goal. Young midfielder Jordan Cousins was given his debut as a half time substitute, along with Leon Cort, by Chris Powell. He went on to emulate Rickie Lambert's England midweek showing by marking the occasion with a goal. Momentum was with us and eight minutes later Simon Church doubled our tally with his first league goal of the season.

A point grasped from the hands of defeat, it almost feels like we won. Our first point on the board, a little confidence instilled in the team and the impetus now to address the home performance before the visit of Doncaster Rovers next week, cue hundreds of Addicks falling back in love with their football team.

How many of you didn't even realise this type of thing happened up and down the country week in week out to real working class folk? Football is much more than a Super Sunday.

Posted by algordon_cafc at 7:36 PM