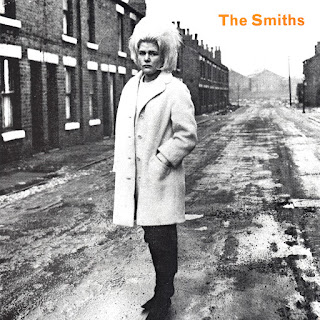 I was happy in the haze of a drunken hour...

And then it was three o'clock on Saturday afternoon. Tuesday night had been so low, nothing they could do to us this time would hurt like it did against Preston North End that evening. So now it's Monday, I've had a few more drunken hours and I have to wonder why I give valuable time to an owner who doesn't care if our club lives or dies.

I may not for much longer.

Sacking Guy Luzon was inevitable. Two three-nil defeats at home in the space of five days against Preston and Brentford is just so short of acceptable. The small squad, injuries, youngsters stepping into the breach, yes they are all factors any manager would face in his situation, but the fact remains that the football was so atrocious it was almost comical. Morgan Fox, Naby Sarr, Simon Makienok, Al-Hadji Ba, they've all been horrendous in either one or both of these games. There are other culprits, this list certainly isn't definitive. Professional footballers who spend the week practicing their trade, a management team that study the opposition and hone the skills of these full time sportsmen, and then come kick off it all goes out the window as we (at our own financial outlay) look on helplessly.

The thin squad is the only point from above that you could realistically blame Roland Duchâtelet for. Luzon picked those sides and oversaw training. Duchâtelet had to be seen to be taking some sort of action, and whether you believe managers are sacked too easily or not, in this modern game no other club would have kept faith in Luzon hoping we'd turn a corner. What he didn't need to do was follow it up with the appointment of yet another network friendly face.

Karel Fraeye was in full time employment in the third tier of Belgian football (Conference South?) yet arrived in South London in plenty of time to take today's training session as 'interim' head coach. Either the advertised short term of office is complete nonsense or Fraeye is the biggest yes man yet. And that may well be the case, for he was at the Valley before as part of José Riga's ill fated team and certainly knows the tight restrictions the owner has in place. It is not an appointment that even hints of  Duchâtelet being interested in turning the fortunes of the club around, but just him doing the bare minimum (and failing) to try and keep some sort of peace with us, the paying customers who I'm sure he despises, without upsetting the network apple cart.

He could look for a manager with true experience of the English game. He could promise to strengthen the thin squad when the next transfer window opens and spend some of the money he received from the sale of Standard Liege. He could even put Charlton Athletic up for sale. I'd take any and all of these.

There weren't too many interested parties when Slater and Jimenez put the club on the market, and now after nearly two years of Belgian reign it doesn't look a far better proposition, save for the playing surface, some plastic seats and a poxy sofa. I want Roland Duchâtelet, his puppet Katrien Meire and his under qualified coaches out of my club.  Surely Richard Murray knows someone in his address book who's on the lookout for a decent little football club? I shall plague the club with emails voicing my disgruntled opinions and I shall suggest to one and all that news of an empty Valley for the Sheffield Wednesday fixture will most definitely get back to network HQ. Voting with our feet in two weeks time could just light the touchpaper.

Right now I'm certainly not going to smile at people I'd much rather kick in the eye.