A rather messy pair of draws 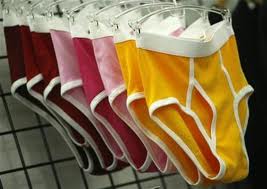 It could have been worse, we may not have responded at all. Two games, two one-a-piece score draws and two games where we've had to come from behind.

First up was Tranmere Rovers on Saturday. Prenton Park isn't a ground that springs delight on the faces of many Addicks, they have always been tough battles up there hardly ever showing much in the way of grace and flair. This season's visit was no exception.
Listening to the match on the radio and having since seen the highlights, there was little to get excited about and so going a goal behind after half an hour was of no real surprise.
What was of surprise was that Tranmere didn't start their now infamous time wasting tactics immediately afterwards! They didn't really need to though as a very pedantic referee did it for them more than once getting a free kick taken again when the ball was struck all of two or three yards from where it should have been.

A Michael Morrison equaliser on the hour gave the three hundred or so travelling Charlton supporters some hope of a revival but Bradley Wright-Phillips failed to finish the job off missing connecting with a tap in after coming off the bench. From the angle I've seen it at it really was a miss as well which, had he not been going through this lean spell, he would have dutifully dispatched with ease.
In fact, had this post been solely based on this game, i would have entitled it 'Carry On Bradley' as that incident, along with the small matter of his shorts falling down around his ankles shortly after entering the proceedings, were very fitting of those classic old British comedies.

Speaking of which angle you've seen events from, there will be many who would say, especially if they happen to reside on the Wirral, that Morrison's goal didn't cross the line. His powerful header came down off the underside of the bar to land just behind the goal line. A strong header from the defender saved our blushes, at a time when the strikers are unable to find the net. He is a real aerial threat in the opponents box and often looks like scoring the classic centre half goal. A precious commodity in the current circumstances.

Tuesday then, and we saw Rochdale visit The Valley for the rearranged fixture called off a couple of weeks ago due to the freezing conditions. I don't know how many fans they would have brought for the Saturday game but I'm guessing it's more than the one hundred ( or as it looked from the upper north, 7) that made it last night.

A rare midweek attendance for me started with a hearty fry up in the Valley cafe before a few liquid refreshments in the Rose of Denmark to catch up with the regulars plus a couple of lads i hadn't seen since last season.

An obvious absentee from the starting line up, apart from the injured skipper Jackson, was young Chris Solly. Wiggins moved to the right and Cedric Evina came in on the left. Pritchard also started with Danny Green in for the captain to add to our unbalance.
I'm not really pointing fingers as none of the team really had a good game but these two (Evina and Pritchard) did, in my opinion, really struggle last night.

Rochdale had done their homework, they had a game plan and stuck to it. I'm wondering if teams have got to know how we like to play and more importantly know how to stop us playing. Maybe Chris Powell really needs to shake things up a little for Stevenage's 'football for a fiver' visit this coming Saturday. Rochdale on the other hand looked a lot better than their league position would suggest and on this display their new manager has plenty of hope of escaping relegation.

There were two goals, four minutes apart and as i said it was the visitors who drew first blood. A break against the run of play saw Dale get their goal, albeit with the aid of a Rhoys Wiggins deflection. This time a striker did get the reply. For the first time this year Yann Kermorgant got on the score sheet with an exquisite free kick showing that in some areas of our game we can survive without Johnnie Jackson!
We do still wait for a front man to score from open play though. Clarke came on for Bradley Wright-Phillips for the last fifteen to try his hand but also to no avail.

I'm not really a fan of this modern day squad number system. I yearn for a return to the old 1-11 without names. We finished the game with numbers 36 and 40 playing up front. That doesn't inspire me much, it almost sounds like you've got some real low down fringe players having a run out!

It's a game that on paper we should have won but it's still another point towards the main prize and third place is still a long way behind with Sheffield Wednesday struggling to find form on a much grander scale than ourselves.
Stevenage will be a real test Saturday, we'll need a lot of improvement on last night. Let's hope their focus is on White Hart Lane and the cup replay rather than the league play-offs just for the moment.

It's still a strong position we're in, one that twenty three other league one sides would instantly swap with us.
Come on you reds!
Posted by algordon_cafc at 6:37 PM