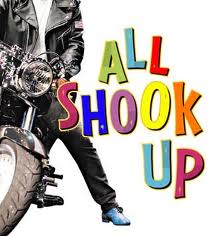 The Shakers came to The Valley on Tuesday night on the back of a 3-0 defeat to Rochdale. It was another Dale who broke their hearts in London though.

Chris Powell shook up his starting eleven with a couple of changes on a bitterly cold night. Bradley Wright-Phillips was missing, Leon Clarke getting the nod to play up front alongside Kermorgant, and Dale Stephens impressive cameo at Exeter was enough to convince the gaffer to start him alongside Hollands in the middle of the park in place of Bradley Pritchard.

If truth be told, the Charlton faithful were probably expecting a bit of a goal fest after the hard fought 1-0 battles of late. An early goal would have perhaps seen the rewards their possession deserved, yet it wasn't to be, and Bury got the opener just before the interval through a man i last came into contact with whilst devising our wedding present list, John-Lewis.

General opinion is that Leon Clarke was poor up front and it wasn't until he was replaced by Danny Haynes that the Charlton attack looked lively. Kermorgant, as much as i rate him, will never be a twenty goal a season man. He works tirelessly week in week out and deserves a goal more than anyone, but it's the midfield who have to step up to the mark and get their name on the score sheet at the moment.
I doubt very much Clarke will start on Saturday, but whoever does will certainly be feeling a little pressure now.

Most had thought they had seen our first home defeat of the season. Those who gave in and left early to head home and warm up missed a peach.
Ladies and gentlemen, may i introduce to you Mr Dale Stephens.
Hughes, Russell, Pritchard, they've all come in and done a solid job. Stephens though adds something a little more creative, his distribution is second to none. His eye for the spectacular is, well, just something else. With ninety three minutes on the clock he let rip from close to thirty yards out after the Bury keeper had denied Michael Morrison moments earlier.

The Charlton bench went mental, you would have been forgiven for thinking it was a cup final winner. Even Jason Euell, returning home briefly as a summariser for BBC radio, nearly fell out of the gantry high up in the rafters of the east stand.
Bury were devastated, the players slumped to the ground a memorable victory snatched from them at the the last.

A point rescued, more importantly an unbeaten home record still intact, warning signs are there that the hard work isn't over yet and complacency mustn't creep in. Fortunately Sheffield Wednesday failed to close the gap with a draw at MK Franchise so it's still ten points difference between ourselves and the chasing pack.
Rochdale Saturday gives us perfect opportunity to forget this blip and get back to winning ways. I'm getting out of work early and should have plenty of time in the Rose of Denmark beforehand to thin out the blood with alcohol.
Well, it's one way of numbing this cold weather!

Posted by algordon_cafc at 3:53 PM