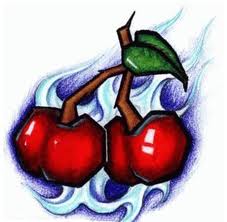 Two games against two south coast promotion hunting clubs in the space of a few days. So for an out of form side that can throw games away, two draws sounds OK. And like i've said before, the way things stand at this stage of the season, performances give me greater pleasure than results.
Bournemouth have probably surprised everyone this season and for a couple of years in a row now, not a place teams have looked forward to going to. Scott Wagstaff netting just before the half hour mark then was a cracking start and a great way to continue the fortunes of Tuesday night.
But in true Charlton tradition, this wouldn't last. A sloppy goal after a piece of magnificent goal keeping from Rob Elliot meant the cherries were level almost immediately.
Second half and we were behind. A position we are more than used to. A corner for the home side, and connecting shot took a massive deflection giving our heroic keeper no chance. But this is the new passionate Charlton and we were not finished yet. A period of activity around the box including a penalty shout for hand ball and a shout from the home side for a foul from our captain, saw Bradley Wright-Phillips, the better of the two brothers, shoot home to continue his great goal scoring record. Nine minutes left on the clock but the momentum was with Bournemouth. Heroic defending meant that we held firm for all nine as well as the longest five minutes of injury time you'll see all season. A very well deserved point and an absolutely outstanding performance from Charlton's number1. 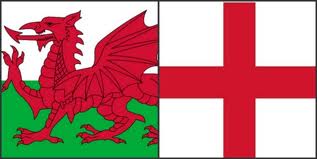 A great day also for a couple of ex addicks. Wales hosting England did sound to me to be a bit of a forgone conclusion but held more interest due to Scott Parker and Darren Bent getting run outs. Wales were, to be honest, very poor opposition, but nevertheless, Parker had a great game in the middle and about time too. Whether you still respect him or not as a Charlton fan, you have to admit his ability. If he could reproduce that against the best sides in the world can be debated but i'm struggling to think of any England player that has done for a long long time. Darren Bent is a goal machine. Simple. So its great to see him on form for his country. I did feel a little proud as a Charlton fan watching as much of the game as i could. The beginning was missed due to channel hopping not realizing it was on Sky!! Probably a good thing as the Welsh behaviour during the national anthem would have really ground my gears.

Finally, after seeing that Weebles have been re-introduced, i did a little research online and found this great picture of local side Crawley Town's manager Steve Evans. This is really for all you Sutton United fans :)

Posted by algordon_cafc at 7:29 PM