Couldn't be at the game today. Work commitments, and a wife i rarely see due to the former, means i can only make about one match a month. That doesn't make me any less of a fan than someone who manages to attend every game of the season. I've had my season tickets, I've endured Selhurst and had more away days than i can remember. If i could be there, i would.
Never have i not fancied it. Never have i thought, we're having a rough patch, I'll save my money. In my book, if the teams struggling, they need us to get behind them more than ever. And next Saturday for the match against Brentford i will be in the covered end singing my heart out till the death. And i will stay and clap the players off, its what i do.
I did get to catch a fair bit of the match on CAFC player. What a great invention that is, although i do so wish i could listen to it on my new 'smart' phone.
The first half was the same old that i guess many Charlton fans dreaded but secretly expected. Ruined even more by Tranmere's 'tactics'. A more spirited second period resulted in a goal and a few 'dead cert' penalties missed by a referee who really should have gone to that popular spectacle shop that Postman Pat endorses.
Nevertheless, a good forty five minutes. A little positive after those four defeats and a point on the board at last, despite the oppositions best efforts to stop us playing any proper football at all. 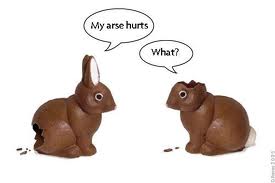 Heidi, my wife has had a busy few weeks. After the art exhibition, which was a great success, she really had it on her heart to celebrate Easter with a masquerade ball. She wanted this to be held at our church.
Jesus dying on the cross and then rising again is an amazing event for us as Christians and is life changing. Something certainly worthy of celebrating, more so than Christmas.
Unfortunately, for one reason or another, this isn't going to happen. So after her initial disappointment, she has come up with the idea of a big family meal out. Day's is the name of an oriental restaurant in Brighton which does a great buffet for £12 a head. There are over one hundred dishes to choose from so pace will be an important factor. With a table of 14 or more and a couple of glasses of the local brew its most certainly going to be a celebration of note. And the masquerade ball will happen. Just not sure when.
Invites for the family have now been designed using her great skills with photoshop and printed off in glorious technicolour. With one proudly stuck to the fridge, my patience is going to be tested in anticipation of our Easter feaster! 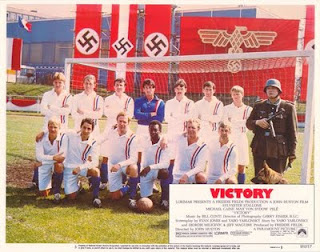 This evenings entertainment has been Escape To Victory. Surprising really considering Heidi's hatred of all things football. But she's watched it with me. That's John Wark said I, and that little one is Ossie Ardiles, he played for Spurs when i was a kid. And Pele, the greatest of them all (excluding Super Clive and Killer of course). Pele who? she said. Turns out she's never heard of many famous sportsmen, Muhammad Ali for instance. How has she managed to get through these past twenty three years? The work I've got to do with her is unbelievable, I'm already getting together a lesson plan!
One thing i did notice watching it again was how the first half was of a quality matched today at The Valley. Stallone's efforts in goal in those 45 minutes resembled our own Robbie Elliot. But what a second half. Don't escape through the tunnel, this game's there for the taking shouts the captain. We could do with a little of that spirit ourselves!
Posted by algordon_cafc at 9:07 PM