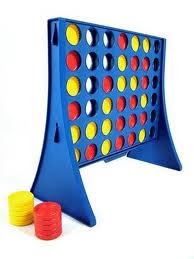 Four wins, four defeats. Four better and four worse. There does appear to be our regular latter season doom and gloom setting in again at The Valley. Four defeats on the spin, and i can see everybody's frustration.
The Chris Powell excitement has given way to a realization that we are no better than when Parky was here. I admit i was dancing in the street when i heard that Sir Chris had been given the job. Add to that new owners with a couple of quid in their pocket and all was looking very rosy.
I know many people were of the opinion that Powell's reputation was going to be on the line. Why risk losing that great name he built at the club, but i have utmost respect for him. It takes a much mightier man to come in and have a go than just to live by reputation alone.
And for four games it was carnival time. Four wins, (and three clean sheets) and we really are going to catch Brighton! And such a great comeback against Peterborough, we were on fire! Then we went to Hartlepool. I don't think a single Charlton fan ever thought we would get anything less than three points up there but we got beat and really knocked down a peg. Hartlepool must have thought it a giant killing as later that week a DVD of that great victory was available from their club shop.
A minor set back. Carnival time again as we try to fill The Valley with the slogan 'football for a fiver'. I don't think anyone would deny it was great seeing the place so busy, but those returning fans may not be so quick to see the Addicks take the field again. Suddenly a fiver seemed like a bit of a rip off.
Notts County and that pitch. I cant help think that any professional club should have a game plan for any conditions. And a game plan to deal with all kind of different tactics.
I don't even know where to begin with the Carlisle match.
So where to begin turning things around? Lets give Ross Worner a few starts. I love Rob Elliot, especially as he's one of us, but i don't think he's the keeper we all want him to be. And a rookie goalkeeper may work. Sasa Ilic?
Reputations and names aren't enough on their own. Dailly covers an awful lot of ground i agree, but does seem to take his eye off the ball. Great leadership skills for the squad, but i would love to see him have to fight for a place in the starting eleven. Doherty came here with a glowing report from champions Norwich. If he was that wonderful and confident at the back, surely he was irreplaceable for the new season. But the Doc infuriates us all. We've had great centre halves, Rufus, Sweaty, the awesome Eddie Youds (the greatest of them all in my eyes), as well as some I've not been so keen on. Sorry Carl Tiler! We just seem to be lacking in that rock at the back and at the moment i feel nervous every time the opposition attacks.
I think an attacking midfielder to play alongside Semedo is a must. And a target man up front. Akpo (who appears to have a new lease of life at Hibs) and Abbott have both gone. Big Joe is now famous for only being fit for half a season, so if we want someone to win the ball in the air from set pieces, it has to be one of the old boys from defence. They've then got to try and get back down the other end!
On the plus side we have discovered Carl Jenkinson! What a breath of fresh air he is. A young lad who wants to grab an opportunity in the first team with both hands. I say give that chance to a few more. 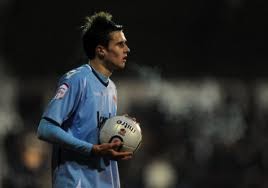 Scotty, JJ, BWP, we've got some talent in the squad but i fear its not that deep. Understandable at this level i know, but it would be a little more forgiving if you felt that 110% was given each match.
I still think Sir Chris is the right man for the job. I don't however think any possible action in loan signings this week will make any difference. It'll take time for anyone to settle in. So we may not go up this season. Lets give Chris time to build his own squad, see what money is available in the summer, and give him the benefit of time. He is, don't forget, as desperate for our success as we are. So here's to the worlds best dressed manager.
And like a game of connect 4, four in a row, lets wipe the slate clean and start again.
It could be a lot lot worse, we could support Plymouth!
Posted by algordon_cafc at 8:04 PM