This week my wandering mind has had far more than just mere football to ponder. Food. Just the word is music to my ears, and would therefore be listed in the song about a few of my favourite things. We've had Shrove Tuesday and its pancakes (although i was happy to drag this out over three days), and we are also in the middle of British pie week.
Thanks to a friend of mine, Marco, i have been alerted to a company called Pieminister. Not just steak and kidney, chicken and mushroom etc, but a whole new world of pies that i just can't resist.
Moo & Blue(steak & stilton), Shamrock Pie(beef & stout), the list just gets better and better. As if that wasnt enough, they make Heidi pie. Named after my wife, or so i like to think. The ingrediants include spinach and goat's cheese not surprisingly. She was not as amused at this as me, what with being called 'goat girl' at school. Me, i think it hilarious! 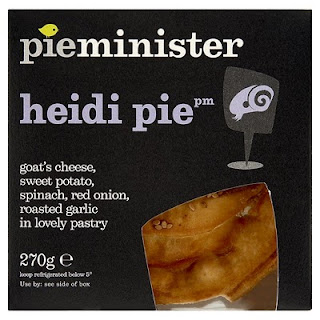 As a part time Tesco dot com driver, it is maybe a little odd that i've never had our groceries delivered to our door. For some reason i get some satisfaction of trudging round the store, fighting old ladies for the best looking bunch of bananas. Queing for ages at the checkouts, going through screwed up money off vouchers scanning them all just to find they expired the week before, its all part of the experience for me. Tonight however, we will be receiving our first ever home delivery. Not from Tesco's though, but Ocado, the posh one. We dont live on a council estate so they're prepared to deliver to us. And the contents of this order? Pies, and lots of them. With 25% off all Pieminister pies, i've taken advantage and am stocking the freezer. That and the fact Ocado have a minimum order of forty quid. Yum yum yum, i like pie in my tum............ 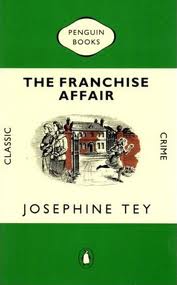 And so to last night's football. I've never liked the franchise. MK Dons shouldnt even exist in my book, let alone be beating us. I'd feel a lot better if we'd lost to AFC Wimbledon.
But lose we did. Ten points adrift of the play offs now and i think that is it for this season. Let's see what happens in the summer. How much is available to spend and what Chris Powell does with it to build his own team. It's dissapointing but i'll still be going this Saturday to get behind the lads. We are Charlton covered end. That means through the high's and the low's because CAFC is in my blood. Whether i like it or not!

I suppose the queue at half time wont be too long. I'll be seeing out British pie week at The Valley with a pie and a pint. You see, things aren't that bad.
Posted by algordon_cafc at 1:59 PM