I always felt this was a little harsh as phrases go. I've been to some lovely places north of Watford and had some wonderful times. Probably more than Charlton have.
So i put Rochdale in an image search on the popular search engine doodle site. Page one of results brought up this. 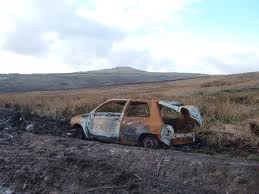 Maybe that is a little grim. Last nights result certainly was.
A crowd of just over two and a half thousand is more akin to the Blue Square Premier than to League One, especially as Rochdale are playing at these 'dizzy heights' for the first time that i can remember.
The game itself sounded like we had the better of the play for large periods of the match, we just didn't take our chances. Same old story.
Joe Anyinsah limped off injured, surprise surprise, Eccleston got on for the last fifteen minutes, again no surprise. On a much more positive note, Paul Benson returned from suspension. Benno gave it his all and looked determined to show the boss that he deserves a start on Saturday against Leyton Orient. More of that please lads!
Three points out of thirty three really is a little embarrassing, but fortunately the Palace supporters i have to see frequently seem to have got a little bored with the same old jokes. Small mercy but their teasing seems to have stopped.
The wreck that is our season, like that car, needs to be put out of sight now and forgotten about.
Roll on the summer and the pre-season friendlies. 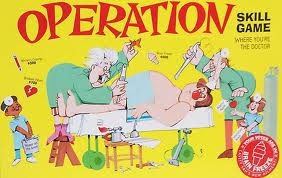 Another disappointment from yesterday, and far more important to me than a football match, was news Heidi, my wife, had.
Desperate to start a family, and with no real luck ourselves, we had to get the help of the NHS. Two courses of clomid have failed to get her ovaries working correctly so an operation was the next line of attack. A laparoscopy would involve drilling the ovaries. Ouch. Apparently damaging them can stimulate them into action, seems crazy but i take the doctors word for it.
At the beginning of February, Heidi went in to have her pre-op appointment. All went well and we were told that an actual appointment date would be received soon.
Beginning of this week, i thought to myself, we really should have heard something by now. So i got Heidi to ring them. It turns out that due to government cut backs, all non essential operations were cancelled until the new financial year and there is a large backlog.
Now i can understand this, and i believe God will give us a baby when His timing is right, but leaving us to find this out for ourselves? A phone call or letter to explain the circumstances would have been nice.
As it was we had almost two months of excitedly checking the post each day, hoping to have a date.