The Only Way Is Up

I sometimes plan for the worst scenario. That's not a good thing, not one of my virtues. I had an idea of what i was going to say before we even kicked off tonight. Droning on about another lacklustre display, another three points handed to the opposition and more despair for us, the long suffering supporter. You get the idea, we've all read a lot about it of late.
After an encouraging opening fifteen minutes, Southampton seemed to get a little bit of a grip on the game but found no way through a Charlton defence that didn't just roll over. Solly and Llera are well worthy of their places in my book. Yes, i rate Llera above Doc and Forch. And with Matty Fry now back at West Ham i think he has to be a first choice in the middle of the defence. Bessone had a good game tonight and is a welcome return after getting injured so soon in his Addicks career. Strong in the tackle, something we haven't seen for a while. It's nice to know that Carl Jenkinson who is injured may have to fight to get a starting place when he's back in contention. Our best player of the past few games not guaranteed a start. About time we can say that. 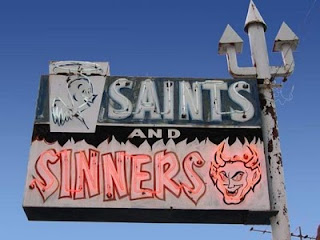 Half time and 0-0. Another forty five minutes of the same please. Granted, Southampton, who have played some great football this season, were having a bit of an off day. We won't dwell on that though.
When Southampton went in front that sudden disappointment hit again. A momentary lapse of concentration and all our good work of the past hour had been wasted. Southampton will surely go marching on from here backed by 3000 jubilant travelling supporters.
Charlton players did something then i had almost forgotten about. They showed some passion. We were not going to lie down and get a thrashing, we were going to stand up, be counted and show a bit of South London fight.
It was very nearly level when Llera hit the underside of the bar and the ball bounced down on the line. Another day and it would have been given. Always the pessimist when it comes to Charlton, i realised that when you're down on your luck, nothing is ever going to go your way. But still Charlton didn't give up. And then it happened, Bradley Wright-Phillips latched onto Dean Parrett's pass and we were level. There was no question we were going to lose now. We finished the stronger and the smiles on the players (and fans) faces at the final whistle showed that pride had returned to The Valley. The Saints had been held, it feels like a corner, no matter how small, has been turned. And for once we weren't sinners but heroes.


How things have changed in just a couple of days. After a Saturday to forget, things are looking a lot brighter. My grumpy work colleague is enjoying a week off, so i in turn, am enjoying a week of peace and quiet working with no distraction. The sun is out, the customers are flooding in and it's all going smoothly. Add to this the fact that i can play my iPod through the radio and choose the tunes, I'm enjoying work again. It's been a while since I've got out of bed with a spring in my step.
Poor Heidi struggles to get up. Mornings not my friend she protests. So i sing to her. Yes it's cruel but hey,she's too sleepy to hurt me. Matt Bianco, get out of your lazy bed, before i count to three....step to it baby. 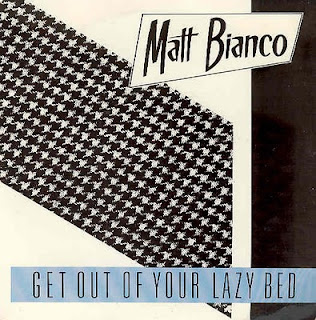 Well tomorrow I'll be in fine voice as i sing to her. I'll be feeling on top of the world, what a difference a day makes. And a football match.