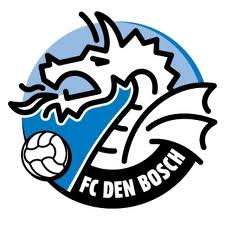 It's fair to say things have been pretty busy in our particular part of South East London this summer. So much so, without the likes of twitter etc it would have been quite a mission to keep up to speed with all the events.
Writing a blog, i can now sympathize with all those journalists, papers and magazines who have made great use of the footnote 'details correct at time of going to press' over the years.

Where are we at then going into our first, and only, friendly at The Valley?
Alan McCormack who left the club by mutual consent has signed for Swindon Town. Things didn't work out for the midfielder here but i wish him all the best with The Robins. Without meaning to sound harsh, League Two could be the level most suited to his abilities.

Notts County came in for Paul Benson with an offer the club were happy to accept. Chris Powell said  he wasn't in a position to offer Benno more than the one year left on his contract, the player quite understandably listened to what was on offer as security is everything to your journeyman footballer. Notts County only offered two years, the third dependant on how the second panned out.The man from Southend he say no! Benno held firm for three years and talks broke down. Show me an Addick that isn't happy about this. We all want to see him on the end of Danny Green's crosses this term.

To coin the old adage then, at the time of going to press, Scott Wagstaff still belongs to us. There's been talk of him going up north to Burnley but i find it hard to believe they will look at Waggy as a replacement for the soon to depart Chris Eagles. The fact the Academy graduate started at Woking shows to me that he will be a bench warmer for the best part of this season. This is only my opinion of course, but i really don't believe he's of Championship ability. Not even League One champions ability. Yes he's had moments when he's looked rather good. That has more often than not been in a mid table and very average team. No, i think the young gun will be a useful squad member here for at least the next ten months. And as i tweeted earlier, he can be thrown on with twenty to go in the hope of a speculative goal when we're desperate!

Onwards then to 'The People's Cup'. When i heard about this opportunity for silverware against foreign opposition at such an early stage of the season, i have to say i cringed. Anglo-Italian cup, Emirates Cup, Amsterdam Tournament, all pretty meaningless really. Well maybe not the Anglo-Italian, i do have memories of Sutton United in that one and have heard stories of supporters of 'my' non league side travelling abroad to support their local lads.
Why the need for silverware in a pre season friendly though? It turns out that there's a nice heart warming story attached to The People's Cup.
Den Bosch went through the tough times a few years ago that many clubs face today. The dreaded prospect of the club folding which is becoming a little too common in football nowadays. As Charlton fans, we can understand more than most what they have been through. So the Dutch supporters did their bit to pitch in and today supplied a trophy, not to mention a donation to a local charity. Their claim, 'Giving football back to the people'. Catchy and very well meant. Another 'football for a fiver' venture from the hosts ensures us doing our bit for the people as well.

Whether we get to see a future Ruud Van Nistelrooy or not for the blue and white dragons remains to be seen. It will though be a lot of peoples first glimpse of the new boys, and their first Valley reception.
Chris Powell has said he knows pretty much his starting eleven for the season proper, Green is of course suspended, and we'll expect to see that tonight. Those not involved will get a ninety minute run out at Bromley tomorrow.
It wouldn't surprise me to see Jason Euell have another cameo role tonight, especially in front of the home fans. With the possibility of a penalty shoot-out to decide who takes the cup home, a fairytale penalty could be on the cards for him. Or maybe I'm just letting my imagination run away with me....................

One last point of interest from Saturday, is Woking's ground. We all know about the large stand behind one goal, but i had a look on their website yesterday and discovered something else that made me chuckle. I was looking as i wanted to email the club to say thank you for the wonderful hospitality we received from everybody, fans and staff alike. Whilst 'surfing' through the pages i found a stadium plan.

Number 12 on the diagram to the right of the directors stand is Moaners Corner. How wonderful is that! You've got to love non league football.
Posted by algordon_cafc at 1:38 PM